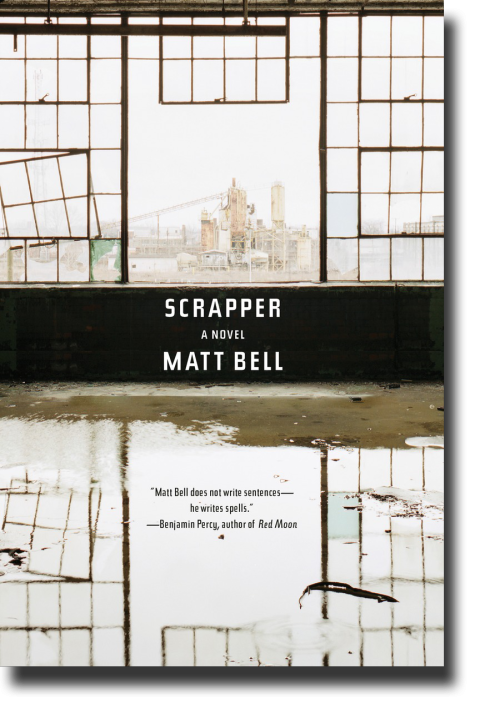 Join us for a night of conversation with Atlanta’s own Publishing Genius and Real Pants. These two local presses will be hosting writers Matt Bell, who has a new novel published by SOHO, and Jarod Roselló, whose graphic novel just came out from Publishing Genius.

Believing in literature’s practical ability to create sympathy and therefore a better world, Publishing Genius exists to make the best books by devoted members of the global literary community, and to make them in the most interesting and progressive ways. Real Pants, is a group blog that is focused on “Literature and the New Literary Community.”

Matt Bell is the author most recently of the novel SCRAPPER, which will be published in September 2015 by Soho Press. His last novel, IN THE HOUSE UPON THE DIRT BETWEEN THE LAKE AND THE WOODS, was a finalist for the Young Lions Fiction Award, a Michigan Notable Book, and an Indies Choice Adult Debut Book of the Year Honor Recipient, as well as the winner of the Paula Anderson Book Award. He is also the author of two previous books of fiction, HOW THEY WERE FOUND and CATACLYSM BABY, and a non-fiction book about the classic video game BALDUR’S GATE II, published in 2015 by Boss Fight Books. His writing has appeared in Best American Mystery Stories, Tin House, The New York Times, Conjunctions, Gulf Coast, The American Reader, and many other publications. He now teaches creative writing at Arizona State University.

Jarod Rosello is a Cuban-American cartoonist and writer. He was born and raised in Miami, Florida, where he was a high school history teacher. He then moved to State College, Pennsylvania to pursue an MFA degree in creative writing at Penn State University. While there, Jarod has taught many undergraduate writing courses in the English Department. While Jarod loves making comics, he also writes fiction (short stories, mostly) that have been published in various literary journals, including Sonora Review, Fast Forward Flash Fiction Volume 3, and Gulf Stream Literary Magazine.