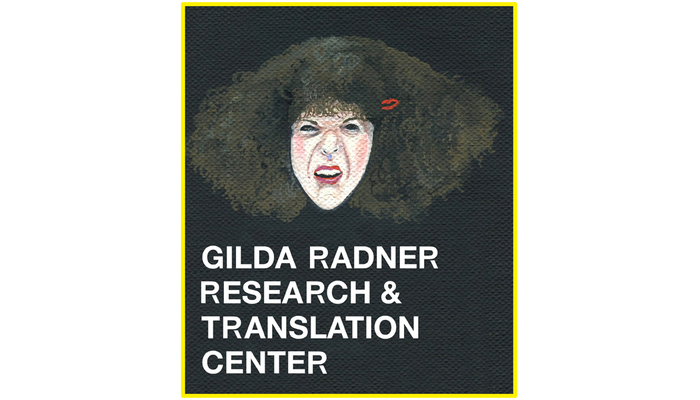 The GRRTC is a site-specific project organized by scholar Alex Robins in conjunction with the exhibition Pratfall Tramps. This project has no official affiliation to the Gilda Radner Estate, but rather stems from an admiration of her comedy. Gilda Radner (1946-1989) was an early cast member of Saturday Night Live, a 1992 inductee into the Michigan Women’s Hall of Fame, and very very funny person. The GRRTC is an unofficial academic-ish platform for the analysis of Radner’s life and humor.

Several of the exhibiting artists reference Radner in their artworks and visitors are invited to learn more about Radner’s career and funniness at the Center through a variety of didactic and interpretive materials. In addition to this interpretive function, the Center will also support the translation of Radner’s stand-up jokes into lesser spoken languages (LSL). This year’s LSL initiative is Welsh.

Please drop by and learn, translate, or contribute. This space is free and open to the public.

Breaking News: Atlanta-based artist Lydia Walls will serve as the GRRTC’s innagural Artist-In-Residence and will be interpreting materials and creating artworks for the program both on- and off-site.