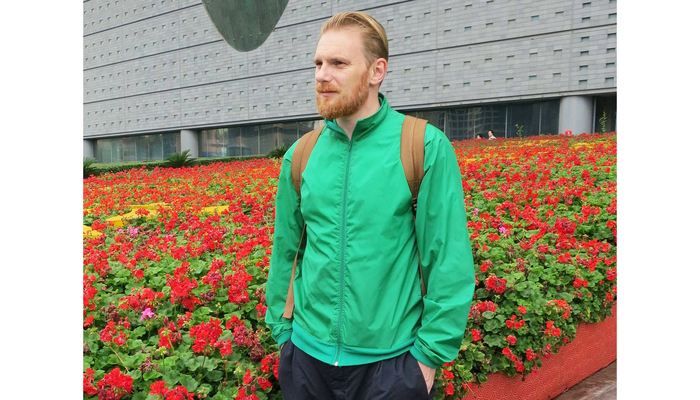 Contemporary Talks is a series that connects Atlanta audiences with some of the most consequential thinkers and doers in the world of art and culture. The speakers share thoughts about their past and present projects—what informs and motivates them, what challenges they face, and why it matters.

Mark Beasley is a curator, writer, and artist based in New York. He is currently curator at Performa, and programmed and commissioned a series of vocal concerts and artists’ projects for Performa 13. From October 13, 2013 to February 14, 2014 he organized a performance program in conjunction with the retrospective exhibition of Mike Kelley at MoMA PS1, New York, including Michael Smith and Blowfly, X-TG and Kim Gordon, and Jutta Koether. His recent curatorial projects with the Performa biennial include Frances Stark and Mark Leckey’s Put A Song In Your Thing at Abrons Theater; Robert Ashley’s That Morning Thing at the Kitchen; Mike Kelley’s Day is Done at Judson Church; Arto Lindsay’s Somewhere I Read; and the experimental music festival, co-curated with Mike Kelley, A Fantastic World Superimposed on Reality.

As a curator with the public art organization Creative Time he curated Plot09: This World & Nearer Ones; Hey Hey Glossolalia: Exhibiting the Voice, and Javier Tellez’s critically acclaimed film A Letter on the Blind. In 2011, he established the Malcolm McLaren Award with Young Kim for Performa, presented by Lou Reed to Ragnar Kjartansson. He has written for a number of periodicals including Frieze, ArtForum, The Serving Library, and contributed to many artist catalogues. He is currently a Fine Art PhD candidate at Reading University, U.K., and his first LP with the group Big Legs will be released in 2014 on the London- and Amsterdam-based Junior Aspirin Records.

Free and Open to the Public. Contemporary Talks is sponsored by Possible Futures.

Join Us this Weekend for the Opening of our Fall Exhibitions