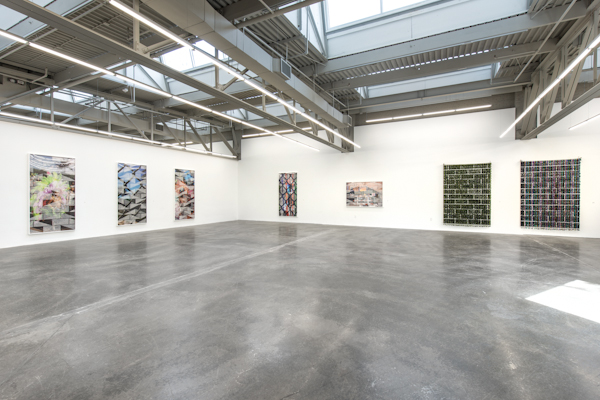 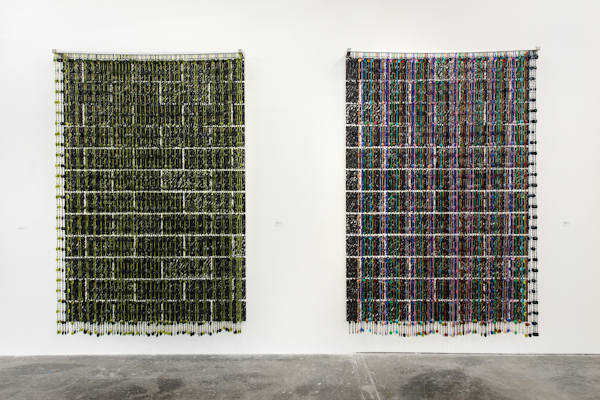 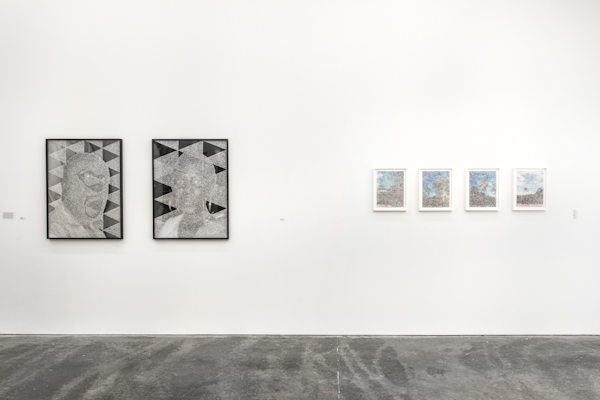 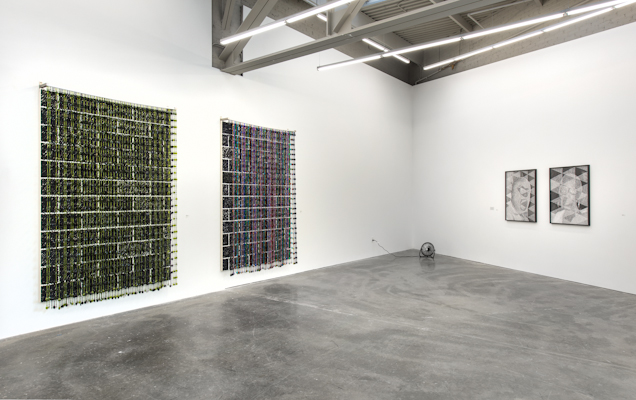 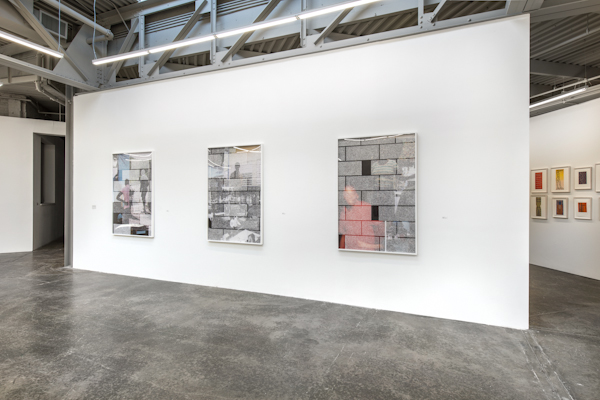 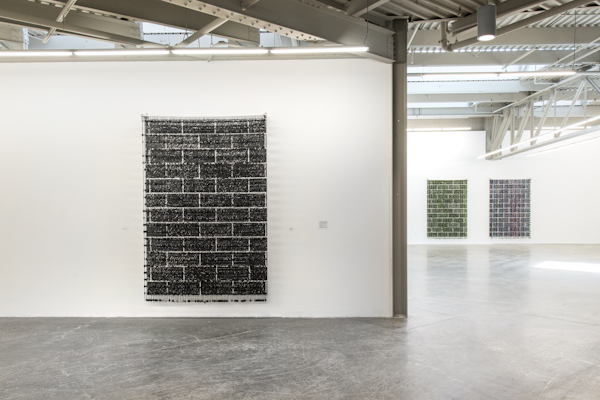 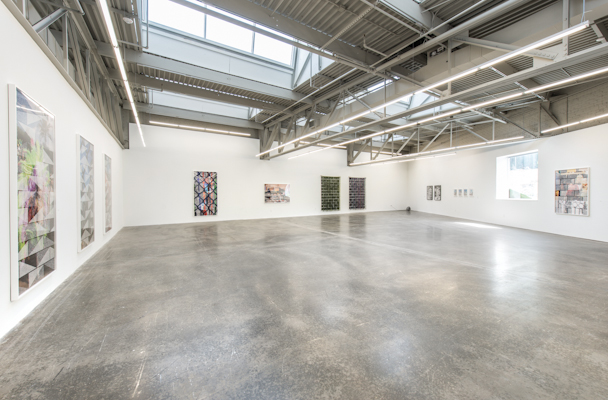 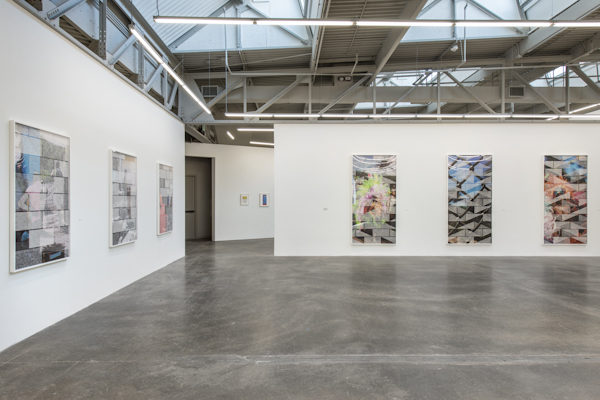 Contemporary Talks presents Paul Anthony Smith whose current exhibition, “Walls Without Border” is on view until July 30, 2017. He will be speaking about his practice and recent body of work.

Paul Anthony Smith’s oil-on-canvas paintings and unique picotages on pigment print explore the artist’s autobiography, as well as issues of identity and the African Diaspora. In his picotage images, which Smith creates using a ceramic tool to pick away at the surface material of photographic prints—obscuring or altering his subjects’ face and skin and alluding to tribal masks and scarification—he achieves textures whose surfaces appear almost iridescent.

“We were like cannonballs, Andrés and I, soaring down the street leaving La Casa Blanca. It is the home stadium of Liga de Quito, the perennial runner up in the Ecuadorian pro soccer league. Cotocollao Parish is a mass of stored-up energy; the shabbier homes were are slung and guarded by the same green-grey concrete walls topped with broken green (Club) and brown (Pilsner) bottle shards as a primitive home security system. The razor-sharp glass juts and jags out of the tall cement walls to deter intruders from hopping the wall and swiping your bicycle.

I had bright eyes as we walked in step; I am alone in my bliss. That big equator sun calmly caressed my face. I was a greedy inquirer with little money to move whenever impatient. Time saw no allegiance to anything, but opportunity to put more distance between my former home and myself. I have the world by the balls and all of my previous pleasures and past lusts all now seemed so dull. Andrés didn’t speak and the only noise was scratchy reggaton and dance music blaring from speakers hanging out of windows. The mixing music lulled me further into a distant amnesia. A head full of background fuzz and no identity connected to this great, greedy life.

In that instance, a wild violence pulled me back to the here and now. The crisp bark snatched me back to life. A major design flaw is the tin hut’s roof extended right to the tip of the cement wall, so for extra security these savages housed a snarling Doberman up on the flat slates. Throw an old rug over the glass and Diablo the Dog up there will happily take off a finger. Seemingly we were face-to-face as I stared into the hatred in its wild glaring eyes. He was steaming, sweaty up there, rightfully frantic and looking to release pent up aggression. He ran to the corner of the roof and wanted nothing more than to leap for our necks. I later learned torturous thugs all around town protected their homes this way. They’d keep them fuming, hungry, and ready for war.

Grinning broadly, we were numb, not speaking as we hit a half-trot. Beyond the chaos, it took a moment to sink back into the glow of the sun. We passed voices murmuring in Spanish, boys playing soccer with a volleyball, and old men sitting on egg crates in front of a market sipping Coca-Colas. We were heading to Andrés house for a big dinner with his extended family. We arrived to the same anonymous fortress wall, keeping the outside world at bay. Once inside, I was shocked to find a sprawling cluster of cut concrete bunkers pasted onto other concrete boxes. This was in sharp contrast to the smiling faces beckoning us to the kitchen for hugs, kisses, and tall colada moradas. Aunts, uncles, a grandmother, cousins, everyone gathered for rice with chicken, crispy Guinea Pig, salads, and plenty of fried eggs. Despite the distance to home, it was family in a way we hadn’t felt that way in a long time.

When Andrés asked how I liked their home everyone leaned close. He explained to me that his father bought the property and had the wall constructed. In his twenties, he paid for the initial structure and then in his thirties it weighed heavily on him if he should expand the footprint or begin paying for the interior. He and Andrés pooled funds to pay for the kitchen. Soon they began the negotiations with a contractor on the living room. Andrés would be in charge of finishing the three bathrooms and his father’s bedroom. Eventually, the next generation would complete the interior and Andrés grandchildren would be charged with finishing the exterior. Four generations. Four generations each living better than the pervious, and each adding to the Dream Home.

Being born to run, I asked what happens when a child wants to fly the coop? When they head to Guayaquil for a beach weekend and meet a girl? When a grandfather’s dream home is out of fashion or when a great grandchild has a different version of that dream? These were weighty questions that sent everyone silent. Then my buddy’s father leaned in with his years of wisdom and certainty and said slowly, sternly: family. He had all of the cards. His flush laid out across the table. The ship’s path had been straightened, the kids would sleep tight tonight, eagles ready to be released. A sluggish ceiling fan circled overhead, this was everything I was working against. Try as it might, it never spun fast enough for me.”