Publishing in the Expended Field 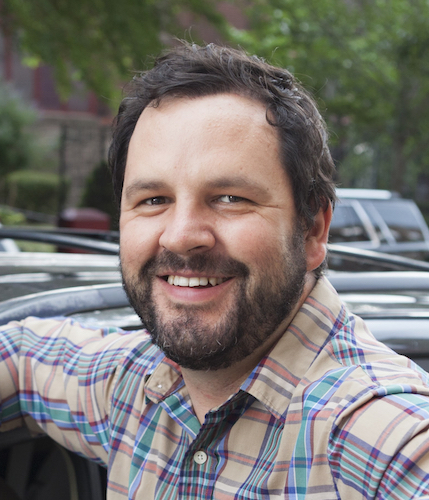 One of the foremost thinkers on contemporary art, Petrovich is an engaging speaker who delivers critical and incisive perspectives on the art and institutions of our time. In his talk, “Publishing in the Expended Field,” Petrovich will chronicle his work with n+1, Paper Monument, and now DME, which has published Adjunct Commuter Weekly and will produce his forthcoming titles, The Daily Gentrifier, Privacy Magazine, Object Oriented Ontology Illustrated, and International Slav. Petrovich also guest edited the November/December 2013 issue of Art Papers, which focused on the form of the art magazine itself.

His most recent project, Adjunct Commuter Weekly, made its debut at the ICA Boston this past summer to widespread critical acclaim, including profiles in the Wall Street Journal, the New Yorker, and the Chronicle of Higher Education. His next publication, called The Daily Gentrifier, is forthcoming from DME this spring.

Born in Quito, Ecuador, Dushko Petrovich is a Brooklyn-based artist, writer, editor, and teacher. He has written for periodicals such as Bookforum, Slate, Modern Painters, Art News, and the Boston Globe, among many others. Petrovich is a co-founder of Paper Monument, where he has co-edited many publications, including I Like Your Work: Art and Etiquette and Draw It with Your Eyes Closed: The Art of the Art Assignment. From 2013-2015, he chaired the n+1 Foundation’s board of directors. Petrovich currently teaches at Boston University, RISD, and Yale.

His most recent project, Adjunct Commuter Weekly, made its debut at the ICA Boston this past summer to widespread critical acclaim, including profiles in the Wall Street Journal, the New Yorker, and the Chronicle of Higher Education. His next publication, called The Daily Gentrifier, is forthcoming from DME this spring.

A Conversation Between Sister Cities

Atlanta Contemporary and Les Abattoirs partner together for a dynamic conversation between executive directors, Veronica Kessenich and Annabelle Ténèze, and how they steward their respective organizations through these unprecedented times.

For your safety and ours, all guests and Members must have a timed ticket or reservation. Go HERE to register for your FREE, timed ticket.