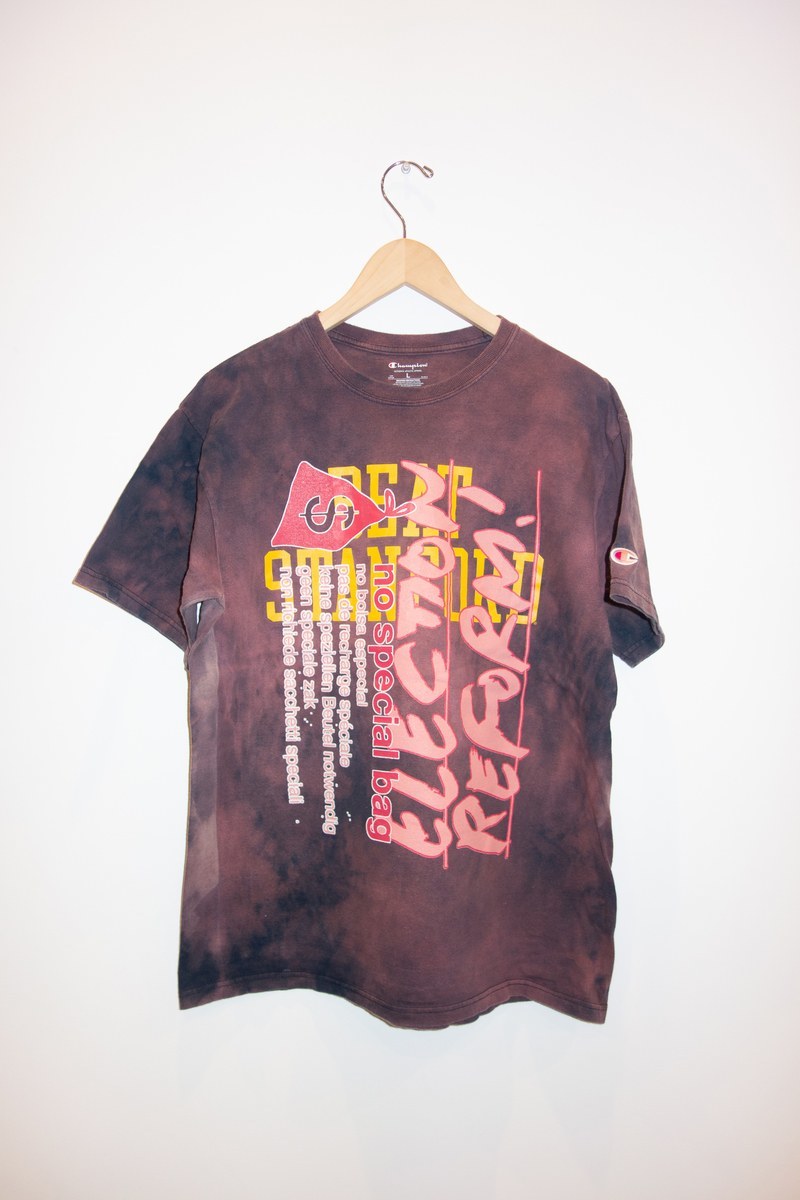 Election Reform! is by Brendan Fowler, who makes his wearable call-to-action pieces to inspire dialog about voting system machinations. Election Reform! items are sold online directly to customers and can be found in some of the most exclusive designer boutiques around the world. The first Election Reform! Store is open to the public and hosted by the Institute of Contemporary Art, Los Angeles (ICA LA) through January 2019. ICA LA will be an Election Day giveaway hub in solidarity with partner art sites on November 6.

Denim Tears is by Tremaine Emory, who is a writer, designer, contemporary street style icon, and, along with Acyde Odunlami, one half of the DJ duo and brand, No Vacancy Inn.

Fowler and Emory are friends and collaborators, and, together, they have historically released highly-coveted apparel items. For this Midterm election they want to encourage the youth vote (18+) with this FREE Election Day drop.

In short: Voting is cool. It’s one of the most important things you can do right now.

Burnaway is an Atlanta-based 501(c)(3) non-profit magazine that publishes contemporary art and criticism from the American South. Since 2008, the magazine has brought vital critical dialogue and artist resources to one of the most politically polarized, historically fraught, ecologically threatened, and economically disadvantaged parts of the United States. Published online daily and in print annually, Burnaway provides a range of frank and fresh perspectives on art and life in the South today.

Brendan Fowler (born 1978 in Berkeley, CA) is a Los Angeles-based musician and multi-disciplinary artist who works in photography, sculpture, and performance. He first became known for his music performances and records released under the name of BARR. With a background in music and performance, Brendan Fowler explores the function and construction of images. The works do not cohere to any conventional narrative; instead they deconstruct the systems and protocols that enable photography to convey meaning while also communicating a sense of their maker and his life.