Home is Where the Art Is 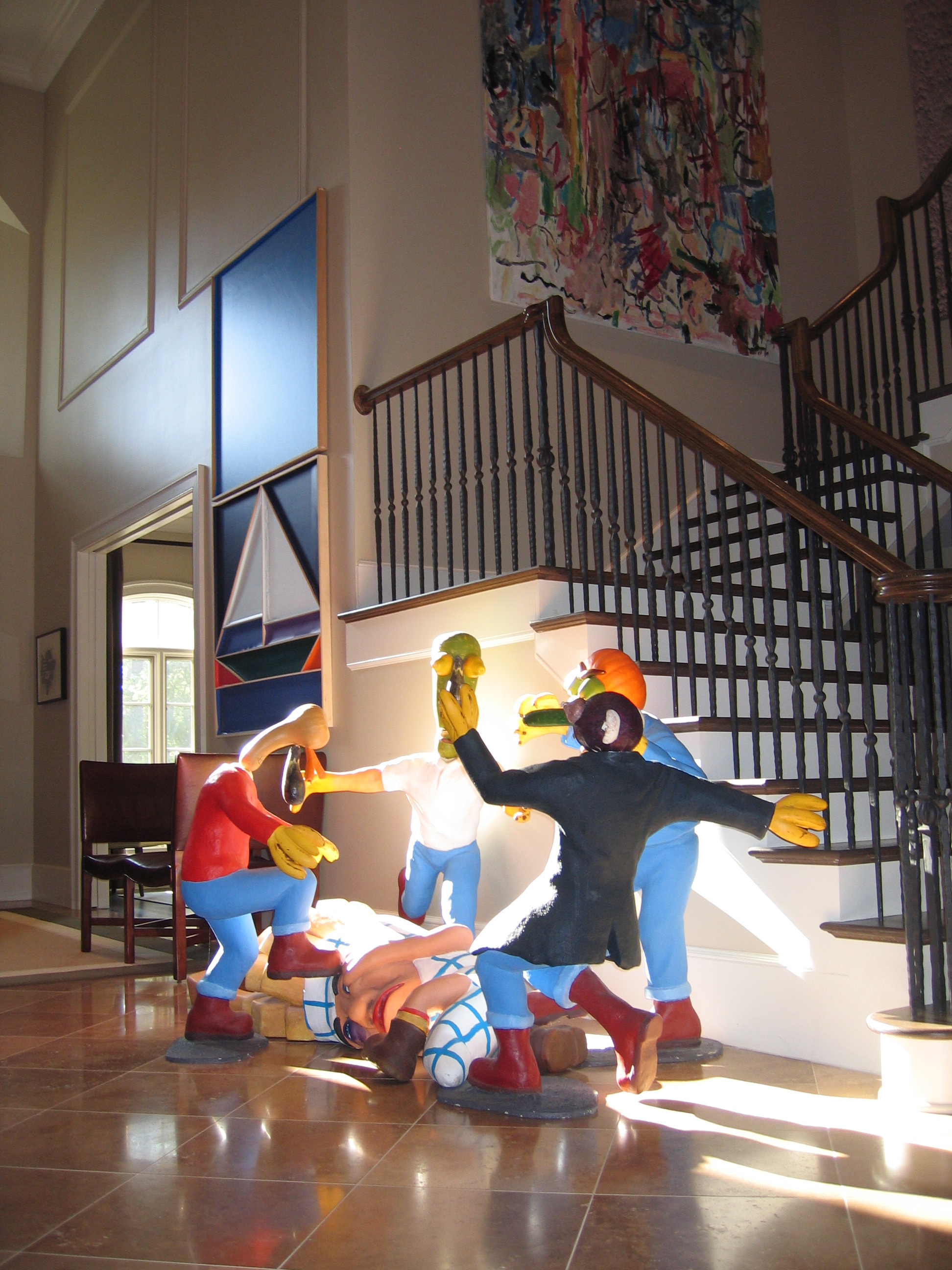 Tim Schrager acquired his passion for collecting art from his Father, a prominent collector in Omaha, Nebraska. Growing up in a home filled with some of the most fantastic paintings and sculptures created in the latter half of the 20th century was a privileged experience. Something rubbed off and when he was able, he started collecting, primarily seeking out emerging artists.

The collection began in 1995 with a bent toward abstract painting, but quickly widened to include figurative work and sculpture as well. Originally, the focus was on emerging artists, however both Tim & his wife, Lauren, became interested in and acquired work by artists that played a part in shaping the ideas of emerging artists working today. Their collection is now a very diverse group of objects including works by artists Peter Saul, Carroll Dunham, Albert Oehlen, Dana Schutz, Lynda Benglis, Amy Sillman, Rachel Harrison, Roxy Paine, Vik Muniz, Joe Bradley, Rashid Johnson, Craig Drennen, Alex Hubbard, and Will Boone.

Tim & Lauren are committed to supporting artists by both building their collection and by being involved in the Atlanta arts community. They believe in the intrinsic value of art and enjoy sharing their collection, which is installed in their Atlanta home and at their place of business.

Tim is the founder of Perennial Properties, Inc., an Atlanta based multi-family and retail real estate development and management company.  Tim is Chairman Emeritus of Atlanta Contemporary. He is also a High Museum board member and serves on the Collections Committee.  Lauren is an ex-health care consultant turned domestic engineer.

Guests will receive an email with address and parking details on the morning of the event.