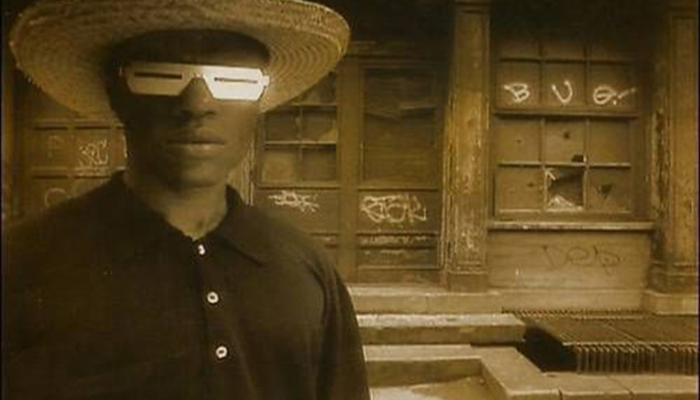 liquid blackness, with the support of the Center for Collaborative and International Arts at Georgia State University (CENCIA), announces the upcoming film series comprised of work made by the acclaimed Black Audio Film Collective (BAFC).

Screenings and lectures will take place at Georgia State University’s Florence Kopleff Recital Hall, Atlanta Contemporary Art Center, The National Center for Civil and Human Rights, and Georgia Tech’s Student Center Theater. Screenings will occur September 26-28 and October 3-4 and include seminal films in the BAFC’s body of work including Expeditions One and Two (1982-1984), Handsworth Songs (1986), Twilight City (1989), Seven Songs for Malcolm X (1993), and The Last Angel of History (1995).

The first weekend will include discussions with BAFC member David Lawson and art historian Eddie Chambers, founding member of the contemporaneous BLK Art Group. Following the screening on September 26, David Lawson will be in conversation with Professor Alessandra Raengo and Professor Eddie Chambers at Atlanta Contemporary Art Center for the series opening reception.

On September 27, Eddie Chambers will lecture at the National Center for Civil and Human Rights. During the second weekend, Professor Kara Keeling will introduce and discuss the films on October 4. Keeling will lecture at Georgia Tech’s Student Center on October 2. A full schedule of events and any necessary logistical updates can be found at the liquid blackness website (liquidblackness.com).

Active in the UK between 1982-1999, The Black Audio Film Collective’s work employs avant-garde techniques to articulate black life that Britain’s official history, record, and public sphere was determined to ignore or suppress. Formed in response to the conservative politics and racial uprising of the Thatcher era, the seven member BAFC created experimental films that critically engaged existing archives, visualized a variety of forms of counter-history and diasporic lives. Employing techniques of remixing, sampling, looping, and repetition and partly inspired by the US black radical tradition (Malcolm X, Black Power, the Black Panthers, and the Black Arts Movement), the collective’s work prompts conversations about collective artistic production at the intersection of political visibility, identity, and aesthetics. Lecture discussions will cover topics such as art in the civil rights movement in Britain and Afrofuturism. The films made by the Black Audio Film Collective have been exhibited internationally with Ghosts of Songs—a touring exhibition dedicated to the Black Audio Film Collective curated by the Otolith Group; Documenta X (1997); Documenta XI (2002), Tate Britain, and The Whitney Museum of American Art.

The series, co-sponsored by CENCIA, GSU’s Department of Communication, the National Center for Civil and Human Rights, Africa Atlanta 2014, Atlanta Contemporary Art Center, Emory’s Department of Film and Media Studies, and the Digital Moving Image Salon at Spelman College, and in collaboration with Film Love, Peripheral Visions and Contraband Cinema, provides a rare opportunity to see a broad selection of work by the influential collective in the Southeast.

All screenings are free and open to the public. Carpooling and public transportation are highly encouraged.

For more details and to find out how to collaborate, contact [email protected]