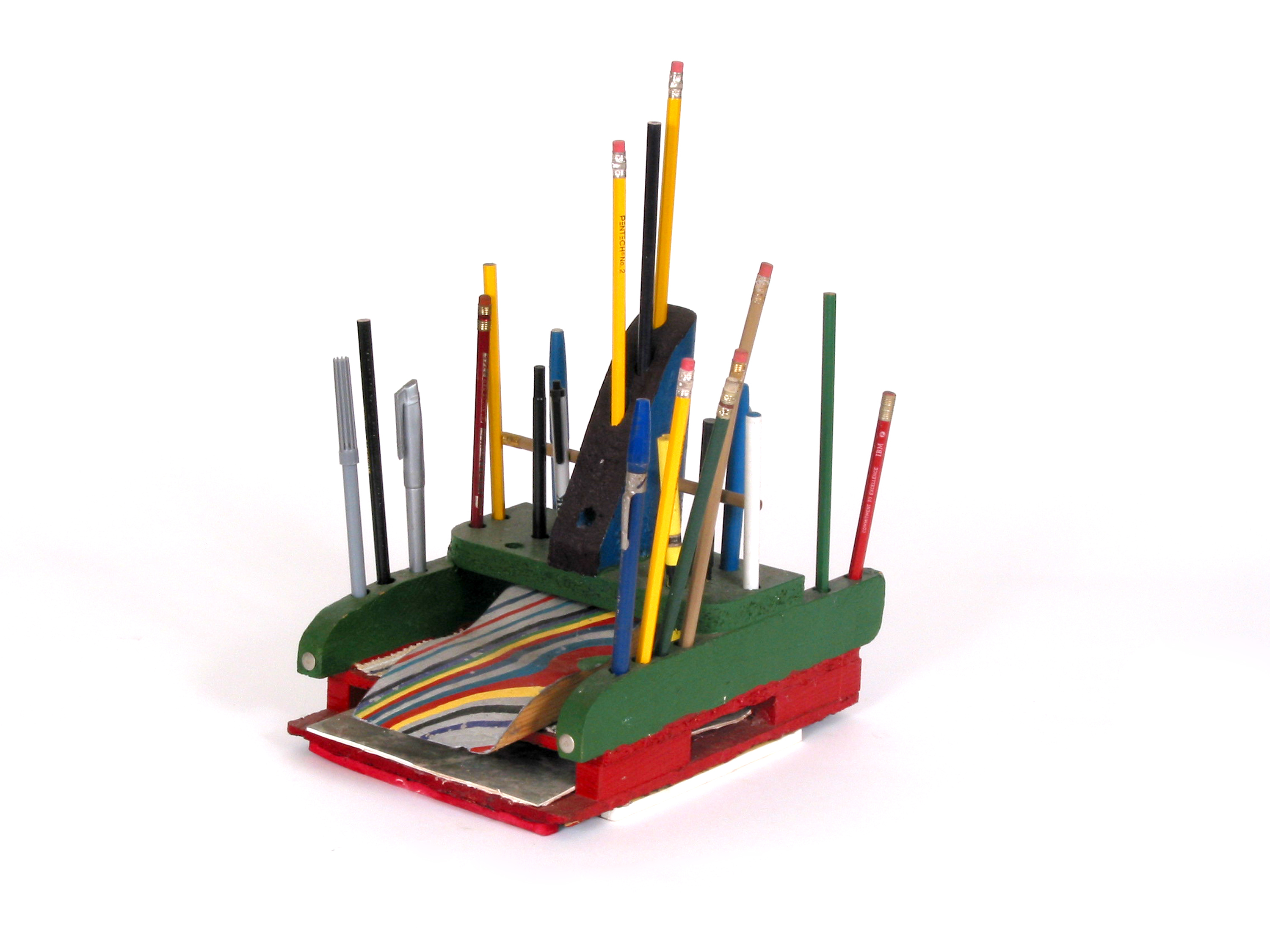 The Life and Death of Charles Williams, curated by Phillip March Jones, examines over three decades of Williams’ work highlighting the paintings, drawings, assemblages, sculptures, and furniture he made until his untimely death in 1998, the result of AIDS-related complications.

Charles Williams (b. Blue Diamond, Kentucky, 1942 – 1998), described the place he grew up as a “little old country hick town in coal mining territory.” He taught himself to draw by copying comic book figures and though he never finished high school, learned practical job skills at the Breckinridge Job Corps Center. There, Williams honed his writing proficiency, made photographs, and even developed his first regular comic strip titled JC of the Job Corps, which appeared weekly on the back page of the Breckinridge Bugle—the camp newspaper.

After graduating from the program in 1967, Williams was unable to find the kind of employment he wanted and ended up in the cleaning services of IBM in Lexington. While working as a full-time janitor, Williams created comic narratives including the Amazing Spectacular Captain Soul Superstar and an entire mini-series called the Cosmic Giggles. Beyond comics, Williams maintained an elaborate yard show in addition to making hundreds of pencil holders, in varying sizes and forms, mostly gleaned from the desk drawers of IBM employees after they had gone home for the day.

“With The Life and Death of Charles Williams, Atlanta Contemporary announces our new curatorial direction,” says executive director, Veronica Kessenich. “Over the course of the next 18 to 24 months, we will work solely with independent curators. We intend to uphold the highest standards of artistic and programmatic excellence while providing a community-focused environment that fosters inclusivity. By working with Phillip March Jones for our first exhibition in 2020, our audience and members experience exhibitions and programs relevant to contemporary culture in concert with our motto, Changing the Way We All See Art. A subsequent announcement will be forthcoming with the 2020-2021 curators.”

The Life and Death of Charles Williams honors Charles Williams’ legacy as well as affords new audiences an opportunity to see his work firsthand. In death, Williams became a catalyst for the kind of change he advocated for in his comics, drawings, and sculptures though much of his work remains almost completely unknown. A corresponding publication will be released in April 2020.

Phillip March Jones is an artist, writer, and curator based in New York City. In 2009, he founded Institute 193, a non-profit contemporary art space and publisher in Lexington, Kentucky. Jones later served as the inaugural director of Atlanta’s Souls Grown Deep Foundation and currently Curator-at-Large at Institute 193, Lexington.