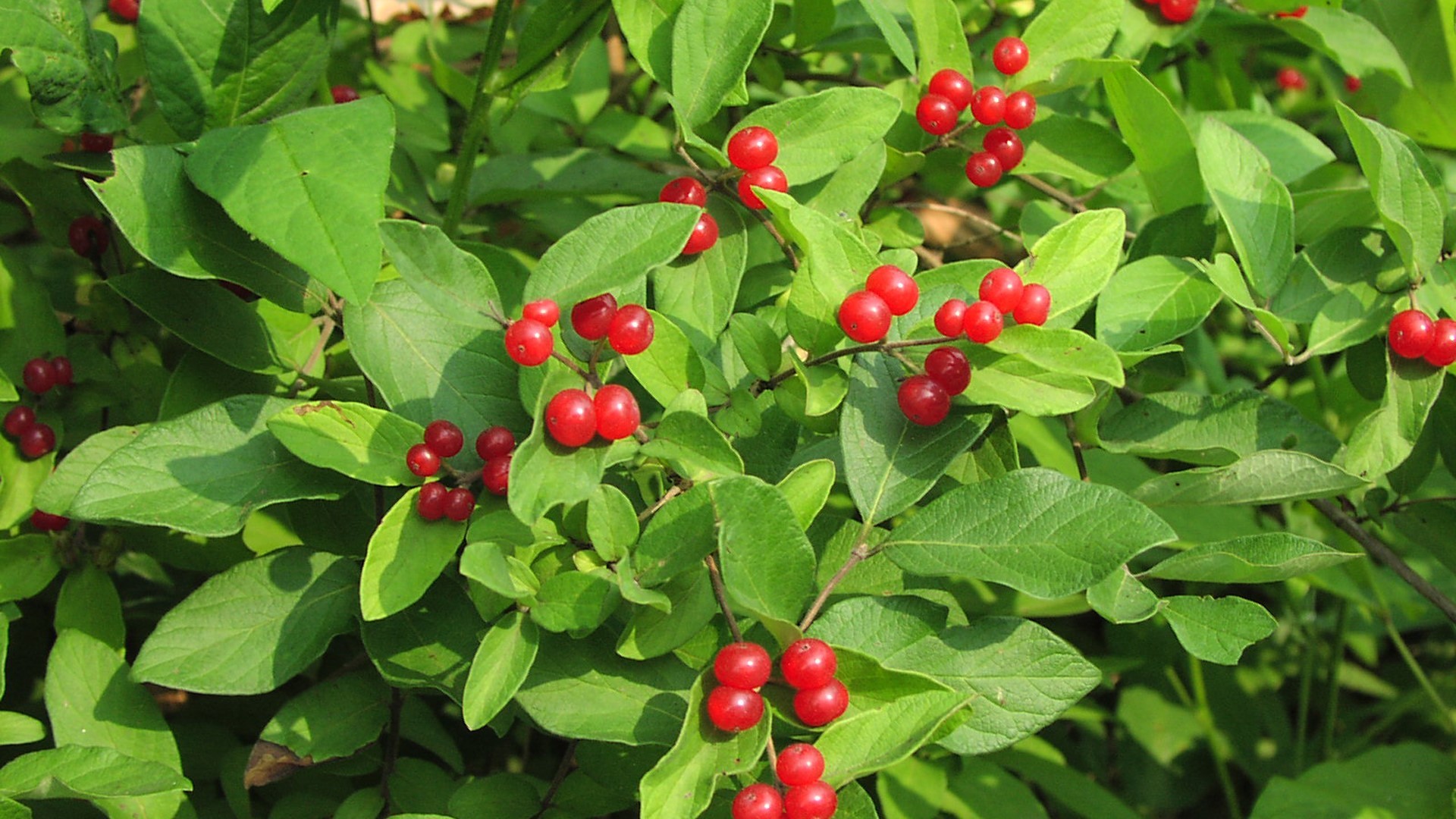 You Are Heleswv (Medicine)
Curated by Elisa Harkins

Atlanta Contemporary is proud to center artists and curators of the indigenous diaspora and believes that land back is a call to action and this exhibition is the first step towards accountability to that effort.

The following statement is written by Miranda Kyle, Arts & Culture Program Manager of the Atlanta BeltLine, Inc., who with John Haworth, Director of Public Programs for the National Museum of the American Indian (Smithsonian Institute), acted as curatorial consultants for the vision behind the Summer 2022 exhibitions.

“Atlanta was a central hub for trade and transit long before there were railroads leading to and from a dot on the map called Terminus. Standing Peach Tree, or Pakanahuili in Muscogee Creek, was one of the major villages of Muscogean peoples at the time of early settler encroachment in the mid 1700’s. Pakanahuili, a vibrant trade hub and cultural center, sat at the confluence of Peachtree Creek and the Chattahoochee River, near what we now call the Paces neighborhood in Buckhead. The village descended from the great Southern Appalachian Mississippian Mound Culture's vast, sprawling feats of architectural engineering and urban planning networking the Southeast. The Cherokee and Muscogee peoples inherited from their Mississippian ancestors the arts, culture and community that had thrived here for thousands of years.

“Among Native Americans, you don’t come from a place, you are of a place. Our name for ourselves is Kituhwa-gi, the people of Kituhwa. A connection to place designates who you are.”

Similarly, people who now call Atlanta home do so through connections tied deeply to place (“I’m from Zone 5,” “I’m a Grady Baby,” for example) and significant cultural moments in time (“I marched with Dr. King,” “been here since before the Olympics,” “I remember when the BeltLine was railroad tracks.”) We know each other and are known by how long our families have been here, what schools we went to, what neighborhoods we live in. Our sense of time in place, as well as our perceived proximity to the old post downtown that marked the center of Atlanta, legitimizes our belonging to this City. However, we must acknowledge that our belonging is new, and rooted in oppression and displacement--a legacy that continues to this day.

The conceptual spark that inspired this exhibition was action. In 2020, major cultural institutions in Atlanta and across the county began adding Land Acknowledgements to their websites and programmatic platforms. “Decolonize” became a buzzword and an adjective, instead of a verb. Empty platitudes to check DEI boxes. Atlanta Contemporary approached me with a request to interrogate what it truly means to do more than check a box, and we began this journey to turn an exhibition concept into a homecoming. When an institution built on stolen land can embrace the Indigenization of its spaces, and decenter itself in curation, we can begin to make actionable our commitments to Land Back efforts.

I am deeply grateful to Veronica Kessenich for her willingness to open Atlanta Contemporary’s doors to this first-of-its kind exhibition in Atlanta; to John Haworth for sharing his wisdom, encouragement, and network; and to Dr. Ashley Holland and Elisa Harkins for bringing their brilliant visions for the exhibitions home.”

For the Cherokee, our creation story is tied to our ancestral lands, which include what is now known as Georgia. We hold our origins and identity to these places, even if we no longer live there. Like other Indigenous groups on this continent, Cherokee understanding of self and culture has changed over time either by choice or because of necessity. And with that, so has our relationship to land. Migration has never been a foreign concept to the Cherokee, but as settler colonialism continues to impact the lives of Indigenous peoples on this continent, one result is a large Cherokee diaspora. Like our ancestors, who adapted and evolved in order to ensure survival of self and culture, so do contemporary Cherokee. It is in this reality of continuation that many Cherokee artists create their work.

Historian James Clifford, from whose book Returns: Becoming Indigenous in the Twenty-First Century this exhibition borrows its name, examines processes of cultural renewal through the production of art. Clifford seeks to remove the perceived, inherent contradictions of an Indigenous and diasporic life. So much of indigeneity is an inherent perception of an internal connection to the land from which one emerged; however, removal from our land does not make us any less Indigenous. Clifford states, “Diasporic ruptures and connections—lost homelands, partial returns, relational identities, and world-spanning networks—are fundamental components of [I]ndigenous experience today."[2]

Returns: Cherokee Diaspora and Art features the works of three contemporary artists: Luzene Hill (Eastern Band of Cherokee Indians), Brenda Mallory (Cherokee Nation), and Kade Twist (Cherokee Nation). Each artist explores their identity – as a contemporary person, a Cherokee citizen, a human being in a global environment – in unique ways. They use art as a mechanism to not only celebrate but also interrogate their Indigeneity. It is in these interrogations, demonstrated though a variety of media, that the exhibition asks visitors to reexamine their own place on this land.

Ashley Holland currently serves as the Associate Curator for the Art Bridges Foundation. She is the former Assistant Curator of Native Art at the Eiteljorg Museum of American Indians and Western Art in Indianapolis. Holland earned her doctorate in art history from the University of Oklahoma, Norman in 2021 with a focus on Indigenous identity, cultural memory, and issues of diaspora in Cherokee contemporary art. She received her MA in museum studies from Indiana University-Purdue University, Indianapolis and BA in art history and religious studies from DePauw University in Greencastle, Indiana. Holland is a citizen of the Cherokee Nation and currently lives in Rogers, Arkansas.

You Are Heleswv (Medicine)
Curated by Elisa Harkins

Erasure is a violent act. The forced removal of the Muscogee (Creek) and Cherokee from the Southeast can be described as nothing other than genocide. When we think of the word erasure, it seems almost childish. It conjures thoughts of No. 2 pencil lead being rubbed by a pink eraser, hitting ctrl+Z to undo something on your computer, or deleting something on your phone. In stark contrast, the erasure of Indigenous people from Atlanta is anything but childish. How do you delete an entire society of people? By taking away their relationship to the land. According to Philip Deere, the Muscogee people are “those who possess herbs.”[3] Our plants and medicines are a vital part of our identity. Our language, traditions, and ceremonies are held in these plants. These medicines are equally important to the Cherokee people, who were punished for planting seeds while they were marched along the Trail of Tears.

The title You Are Heleswv (Medicine) suggests that each artist and their embodied knowledge, which is presented in their work, is healing on a physical and spiritual level. The video TOTSU (Redbird) by Jeremy Charles (Cherokee) incorporates the Cherokee language, themes of Murdered and Missing Indigenous Women (MMIW), and Indigenous Futurism. Nathaniel Cummings-Lambert's (Cherokee) contribution, featured in Sliver Space, is a Deed of Cultural Easement at Atlanta Contemporary, which will grant the property to Cherokee and Muscogee (Creek) citizens for cultural use. Kalyn Barnoski's (Cherokee) work stems from the great tradition of Cherokee weaving and basketry. Barnoski uses the theme of weaving in literal and metaphorical ways. Hôtvlkucē Harjo (Muscogee), known for their brand D O M M Į V E R A, merges text and traditional imagery with fashion. Patrick Freeland (Muscogee), a Mvskoke gardener at College of Muscogee Nation, shows heleswv in The Secret Garden. Accompanying our Mvskoke plants are the poems Stomp All Night and This Morning I Pray for My Enemies by Joy Harjo (Muscogee), award-winning U.S. Poet Laureate. Ceramic sculptures by Raven Halfmoon (Caddo) serve as a reminder that when the Cherokee and Muscogee arrived in Indian Territory, they displaced other Indigenous people residing there, including the Caddo. This was part of the U.S. government’s design to create conflict and competition between tribes.

Elisa Harkins is a Native American (Cherokee/Muscogee) artist and composer based in Tulsa, Oklahoma. Her work is concerned with translation, language preservation, and Indigenous musicology. Harkins uses the Cherokee and Mvskoke languages, electronic music, sculpture, and the body as her tools. Harkins received a BA from Columbia College, Chicago, and an MFA from CalArts. She has since continued her education at the Skowhegan School of Painting and Sculpture. She has exhibited her work at Crystal Bridges, documenta 14, The Hammer Museum, The Heard Museum, and Vancouver Art Gallery. She created an online Indigenous concert series called 6 Moons and published a CD of Creek/Seminole Hymns. She is also the DJ of Mvhayv Radio, an Indigenous radio show on 91.1FM in Tulsa, OK, and 99.1FM in Indianapolis, IN. Radio III / ᎦᏬᏂᏍᎩ ᏦᎢ is a dance performance that features music and choreography by Harkins. With support from PICA and Western Front, songs from the performance have been collected into a limited edition double-LP which can be found on Harkins’ Bandcamp. Harkins resides on the Muscogee (Creek) Reservation and is an enrolled member of the Muscogee (Creek) Nation.

Atlanta Contemporary engages the public through the creation, presentation and advancement of contemporary art. Founded in 1973 as Nexus, a grassroots artists’ cooperative, Atlanta Contemporary has since become one of the southeast’s leading contemporary art centers. We play a vital role in Atlanta’s cultural landscape by presenting over 45 exhibitions throughout the year, featuring consequential artists from the local, national, and international art scenes. We are one of the few local institutions that commissions new works by artists, paying particular attention to artists of note who have not had a significant exhibition in the Southeast. We organize 90+ diverse educational offerings annually, unrivaled by other local organizations of our size. We are the only local organization to provide on-site subsidized studio space to working artists through our Studio Artist Program, removing cost as a barrier to the creative process. Visit atlantacontemporary.org to learn more.