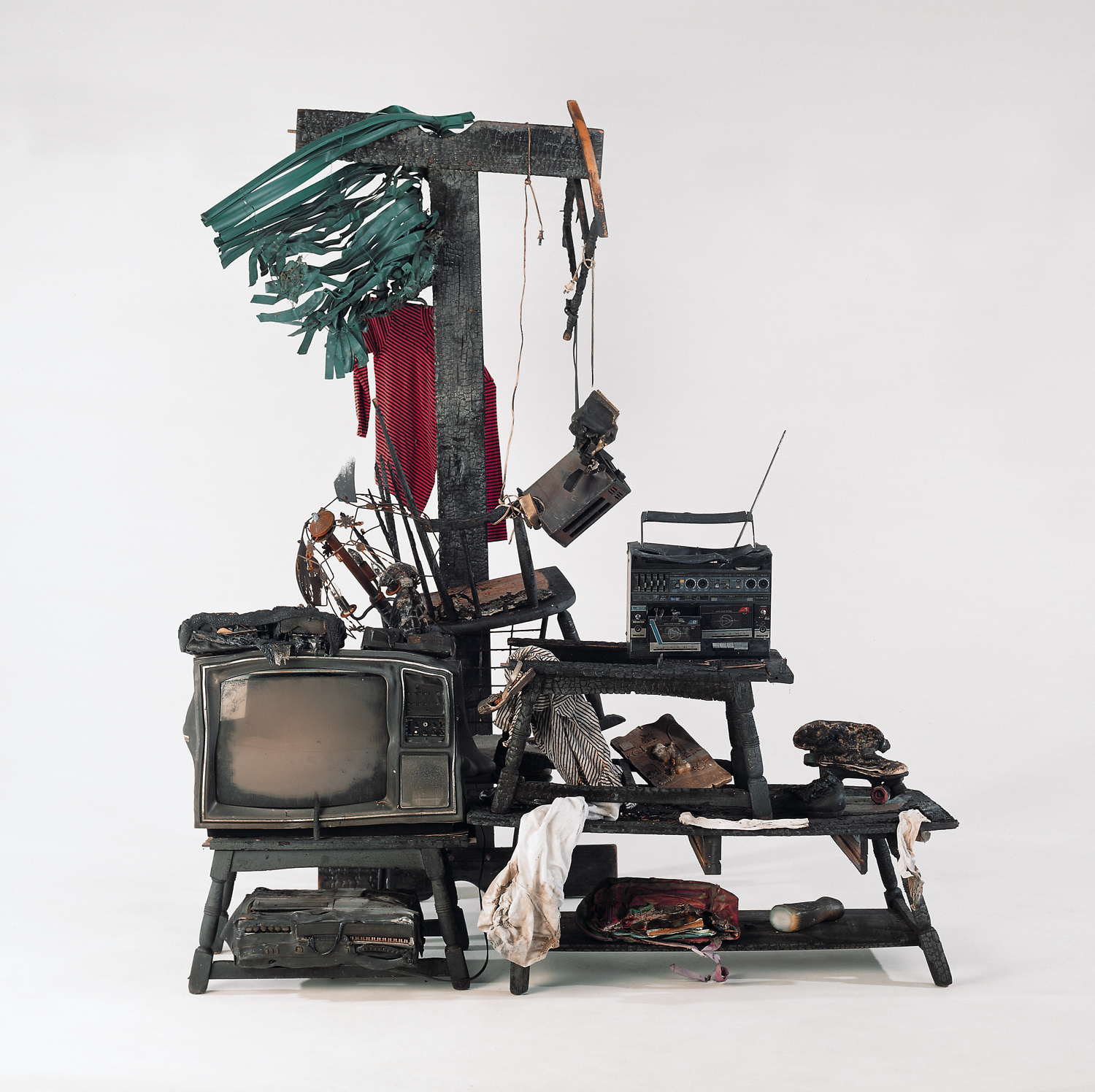 ATLANTA — November 2 – Atlanta Contemporary Art Center (Atlanta Contemporary) is pleased to announce a solo exhibition with Lonnie Holley.  Holley is a man of many myths and talents. Born in Jim Crow-era Birmingham, Alabama, as the seventh of 27 children, Holley traveled across the South and held a wide array of jobs before making his first artwork at the age of 29.

Well known for his assemblages, Holley incorporates natural and man-made objects into totemic sculptures. Materials such as steel scrap, sandstone, plastic flowers, crosses, and defunct machines commemorate places, people, and events. The exhibition will feature a selection of sculptures and drawings on loan from the artist. In addition to these works, Holley will create site specific installations reflective of the spontaneous and improvisational nature of his creative process.

Curator Daniel Fuller says “Lonnie Holley is one of the most influential artists and musicians of the 20th/21st centuries. His powerful work is improvisational and free in that it goes beyond the autobiographical and chronicles daily life and history of people all over the South. It is as much concerned with all of mother earth as it is cosmic.”

Holley was included in the seminal exhibition More than Land and Sky: Art From Appalachia at the National Museum of American Art in 1981. In 2013 The Whitney Museum, NY, hosted Holley’s debut New York performance concurrent to the museum’s Blues for Smoke exhibition. His work is included in museum collections, including; Smithsonian American Museum of Art, Washington, DC; Philadelphia Museum of Art, Philadelphia, PA; New Orleans Museum of Art, New Orleans, LA; New Jersey State Museum, Trenton, NJ; Museum of Fine Arts, Houston, TX; Milwaukee Museum of Art, Milwaukee, WI; Michael C. Carlos Museum, Emory University, Atlanta, GA; High Museum of Art, Atlanta, GA; Birmingham Museum of Art, Birmingham, AL; and the American Folk Art Museum, New York, NY. Holley has also gained recognition for his music, and he has collaborated with the indie-rock bands Dirty Projectors and Animal Collective. In 2010, he recorded his debut album, Just Before Music, which came out in 2012. In 2013, his follow-up record, Keeping a Record of It, was released under the Atlanta-based Dust to Digital label.

ABOUT ATLANTA CONTEMPORARY
Atlanta Contemporary Art Center is a non-profit, non-collecting institution dedicated to the creation, presentation, and advancement of contemporary art by emerging and established artists. Atlanta Contemporary creates a diverse cultural landscape for artists, arts professionals, and the art-interested public through its exhibitions, educational programming, and studio artist program.
Visit atlantacontemporary.org to learn more.