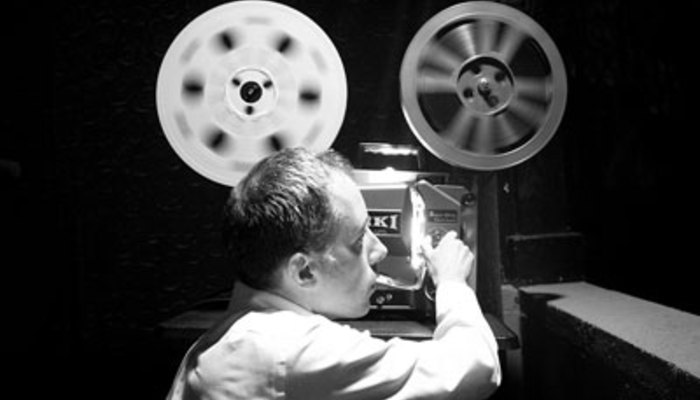 Film Love presents a special program of “expanded cinema,” featuring films that require dual 16mm projection (that is, two reels screened at once). These experiments from the peak era of expanded cinema in the 1960s and 1970s are seldom screened due to the spatial and technical challenges involved in projecting two reels at once—but they are beautiful examples of a moment of expanded possibilities for space and time in cinema.

From the lush psychedelia of Storm de Hirsch’s Third Eye Butterfly to Paul Sharits’ rigorous, sensuous, and colorful Shutter Interface, these films play with the space of the cinema screen and the screening room to take us to new visual places. Among the other selections is Takahiko Iimura’s performative A Dance Party in the Kingdom of Lilliput—a rare work of the 1960s Japanese avant-garde—which will receive its southeastern premiere in a newly rediscovered double-screen version.