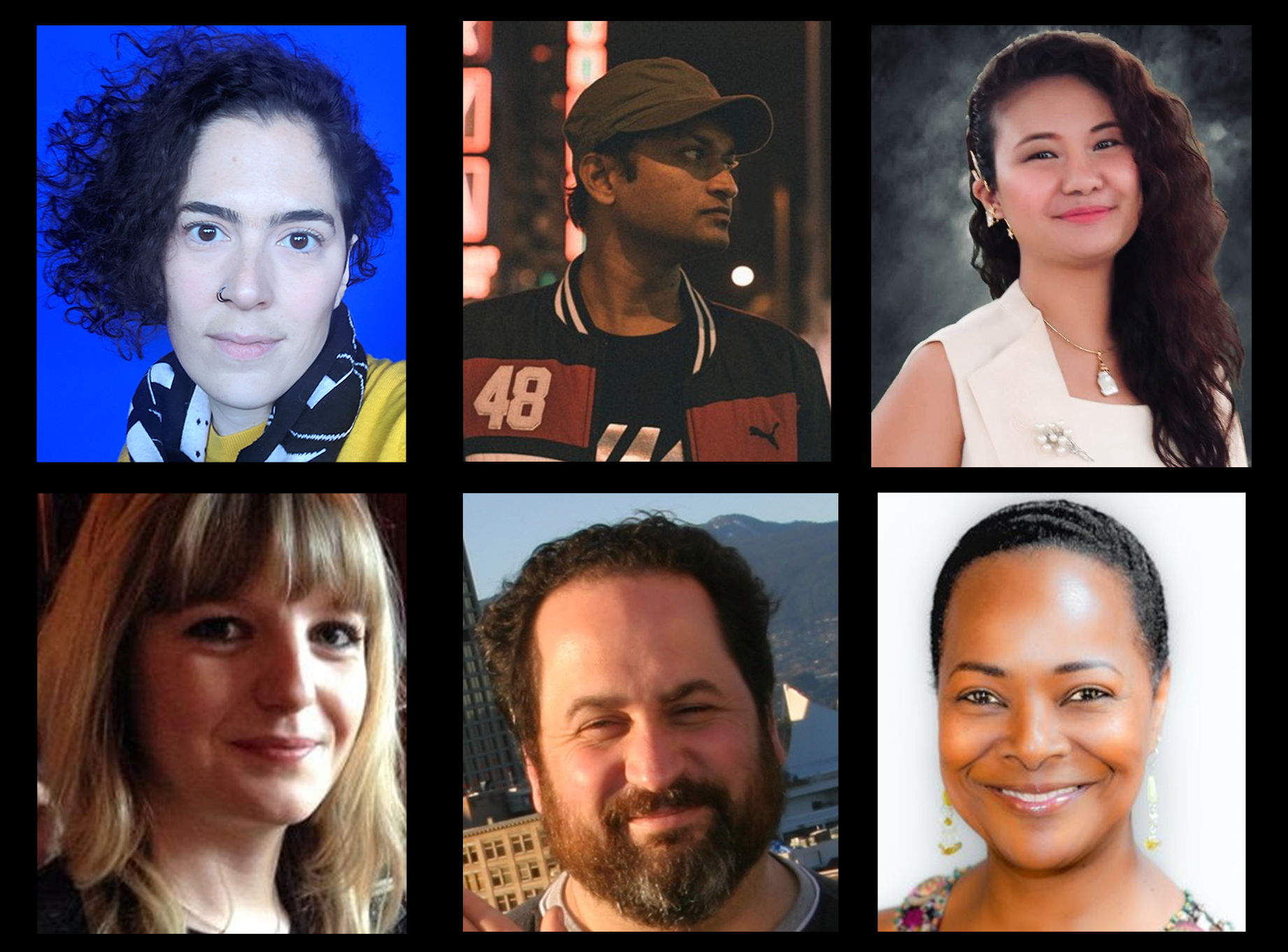 In the midst of the COVID-19 crisis, climate justice is still an imperative. Through technology, art-as-a-solution, urban design and other urban hybridizations; young activists, artists, community leaders and urban designers continued to advance the change needed to achieve climate justice and climate change agenda in the US and worldwide.

This side event highlights case studies across different stakeholders, such as UN Agencies, local and regional governments, the private sector, nonprofits, and artist innovators, that highlight best practices and success stories for knowledge-building, and foster a better understanding of the key components for contextualizing democratized alternative solutions for climate justice. It also showcases art-enabled interactions at the intersection of technology, art and science that provoke behavioral change and contextual awareness within its active participants.

From Atlanta to Nairobi, from Moscow to Bogota, from New Delhi to Paris, art has been utilized historically as the vehicle for systemic transformation. In the 21st century, sadly, art turned into the financial asset of portfolio diversification for the few… In parallel, a new generation of artists was born who opposes to embrace the market dynamics and prefers to serve its communities; using art as a vehicle to illuminate inequities and ultimately create social cohesion and provoke collective awakening on urban shocks and stresses, e.g. social justice, climate change, wellbeing… So, what is art of the 21st century – a bourgeoisie hobby of the rich or rather a catalyst to urban resilience and social change?

About Art As A Solution

We invite you to join us in the Art-As-A-Solution Panels which will unpack the future of art in the presence of interdisciplinary groups: artists, tech, community leaders, governments, multilaterals such as the United Nations, and beyond. With each panel, we will bring local and international actors to discuss:

This talk is part of a series by Urban Catalyst Lab. Are you ready for an art revolution that nurtures and inspires people-planet decisions in Atlanta and world-wide? Art is transforming, and artists are leading this transformation in our community, changing attitudes around complex problems e.g. conflict mitigation, historic traumas, healing, social justice.

This virtual talk will be streamed via Zoom.

Watching via Zoom
Viewers can watch via Zoom. Zoom participants can join in via audio, video, and text chat during the open conversation portion of the lecture. Register here for the meeting and receive a link to join when it begins. Zoom participants are capped at 100 people.

First-time users can watch this video on how to join a Zoom meeting.

Climate change destroys livelihoods and increases socioeconomic gaps. The need to build urban resilience is becoming imperative and more necessary than ever before. Climate change induced damage is expected to put 122 million more people into extreme poverty conditions by 2030 (FAO, 2016), meanwhile a World Bank study (2018) estimates that by 2050 climate change will force 140 million people to migrate due to deteriorating living conditions. The populations most susceptible to the climate change are often the urban poor, with little access to structural mitigation mechanisms.

These populations are usually marginalized due to structural socioeconomic inequality, discrimination, and sociopolitical exclusion. For example, in Atlanta, GA, 50% of the population is African-American and systemically under the poverty line. Climate change migration, in turn, threatens to create extreme structural strain on urban centers forced to absorb the influx, causing increase of urban poverty and inequality, proliferation of informal settlements and compromising access to and delivery of basic services for urban residents, furthering the socio-economic gap.

In the other side of the world, Asia Pacific emits more carbon dioxide than any other region. One particular challenge persists - most of the world's plastics are produced in the ASEAN region, and an increasing proportion consumed there as well. Some countries have started to be champions of renewables, while others, do little to address emission problems. Consequently, the UN Framework Convention on Climate Change noted that Asia’s population boom, the frequency of natural disasters, and urbanisation are some actors that make the region especially vulnerable to be hit by climate change risks. As the world continues to face extreme and more frequent weather conditions, with rising sea levels and global emissions at its highest, among others, environmental security examines the threats posed by climate trends to individuals, communities and nations.

UN Habitat has outlined several key avenues for embedding preparedness and risk-mitigation: local economic development strategies, community early warning systems, better shelter options and participatory in-situ slum upgrading, relocation of urban populations to appropriate or improved locations (when in-situ upgrading is not feasible), improved public health interventions, urban and peri-urban agriculture that takes into consideration a changing climate. Other programs such as the UNDRR Making Cities Resilient Campaign, UN Habitat’s City Resilience Profiling Programme, the Global Alliance on Urban Crisis, and other have sought to build capacities towards better understanding of risk, monitoring of changes in hazards, and implementation of appropriate response, as well as raising awareness for stronger governance.

Jessica Anderson (@mommas_momma) is an Atlanta-based artist and research scientist at DataWorks (dataworkforce.gatech.edu/). She directs Into Outof Studio (@intooutof.io/ www.intooutof.io) where she designs interactive digital art installations. She earned an MS in Digital Media from The Georgia Institute of Technology (@artsattech), directed the Spelman College Innovation Lab (@spelmanil), and has worked with many organizations in Atlanta to increase engagement with computational art. She believes that as long as emerging technologies are designed for war and commercial profit, artists must innovate humane, connective applications for those tools.

Regine Guevara is a young, woman, philanthropist and practitioner for cultural and agri-diplomacy, sustainable peace and development, especially as it concerns the ASEAN and wider Asia region.
As a researcher, Ms. Guevara graduated with a Master of Arts in Conflict Resolution from Brandeis University, and completed the Program on Negotiation at the Harvard Law School. Owing to her multi-cultural Jewish heritage and studies in the Abrahamic languages, she completed her practicum in Jerusalem, while following parliamentary lobbies at the Knesset. She has published on Jerusalem Post, Times of Israel, and Zilzar Life for Muslim Millennials. In October 2018, she was featured in Lifestyle Asia’s section “24 hour woman.”

Today, Regine is Producer of AsiaTV and Trustee of the Guevara Foundation, through which she manages local, gender and age-sensitive, urban mobility and food security projects called SDG Villages and MoveHER.

She is also a member of various international business and charity organizations such as the Philippine-Russia Business Assembly, Israel Chamber of Commerce of the Philippines, Ikebana Foundation, Rotary International, Soroptimist International, and Friends for Leadership, a network of next generation leaders and entrepreneurs launched at the Saint Petersburg International Economic Forum (SPIEF) in Russia.

Hanif Kureshi is an artist and designer working with street and typography. He is an Artistic Director and Co-founder of St+art India Foundation which aims to make art accessible to a larger audience in India through the series of street art festivals.
His ongoing project, handpaintedtype.com attempts to conserve and archive the vernacular street typography of India.

Through such projects, Kureshi’s attempt is to bring back attention to such arts, and their validity in representing diverse technology.

His work has been exhibited at the London Design Biennale, Venice Biennale, Centre Pompidou Paris, Triennale Design Museum, Milan among others. In 2016, GQ named Hanif as one of 50 most influential young Indians

Freya Murray leads on global projects & artist collaborations at Google Arts & Culture Lab. At the Lab, tech and creative communities come together to experiment at the crossroads of culture and emerging tech. Examples of recent projects & Programs include Heartbeat of the Earth - a series of web based artworks exploring climate data, Blob Opera and Street Galleries with UN75. Prior to Google, Freya set up Stamp-House, an arts development consultancy, working with artists, arts organisations, brands and broadcasters to develop and produce a range of creative projects at the intersection of culture and technology. Before then, Freya was at Sky Arts, where she managed the broadcaster’s partnerships with arts organisations and set up a series of scholarships to support emerging artists.

Douglas Ragan has worked in children and youth development at the local, national and international level for the past 30 years. Currently he is a Programme Management Officer for the Human Rights and Social Inclusion Unit for UN-Habitat, managing UN-Habitat’s children and youth programme which has engaged over 500,000 youth through projects in over 70 developing countries. His current focus is working with youth in informal settlements and in conflict cities.

Doug has authored, co-authored and edited 17 research and policy publications on urban youth issues, the most recent being the Global Youth-Led Development series, representing research done on youth-led agencies in the developing world. Doug holds a Bachelors Degree in Latin American Studies and a Masters Degree in Management.

Ruxanda Renita is co-founder & CEO of Urban Catalyst Lab (UCL), the Atlanta-based nonprofit that works on positioning and deploying art-as-a-solution for smart and inclusive cities; and an integrated component within urban planning. Through art-as-a-solution, Ruxanda empowers artists to engage in urban planning; and private sector, governments and UN to utilize art-as-a-process in achieving equitable communities and changing behaviors around complex topics such as climate change and social justice. In her work with UCL, Ruxanda has worked to position both the City of Atlanta and the NGO, as innovators on urban resilience, at multiple UN forums including the World Urban Forum; the Science, Technology and Innovation Forum and the ECOSOC Youth Forum.
Ruxanda has 8+ years in the public sector, leading the strategy in fundraising approach with the SDGs, change management and people-public-private partnerships. Currently, she serves as a Public Sector Consultant to Accenture, supporting governments and nonprofits in citizen-centric digitization; smart city/state transformation, including public safety, people-centric mobility and infrastructure. Her transdisciplinary background also includes the contemporary art market. Instrumental in propelling the careers of many emerging artists and in organizing global art sales, Ruxanda was the youngest art dealer to source works for Sotheby’s 2016 Contemporary East, the firm’s first auction of Central and Eastern European art in London, which brought in $1.3 million in sales. Ruxanda is also a member of World Economic Forum Global Shapers Hub in Atlanta and part of the Board of Directors of United Nations Major Group for Children and Youth. Ruxanda currently resides in Atlanta, GA, USA.

Michelle Wiseman is the Director of Waste Diversion & Outreach for the Mayor’s Office of One Atlanta. She partners with key stakeholders to support environmental outreach and equitable community development.
While unfamiliar to many, equity-centered policies significantly enhance economic stability, resources, and community well-being. Michelle has a strong commitment to advancing opportunities among marginalized populations.
Michelle is an avid volunteer and high energy connector that enjoys collaborating with many organizations. She currently serves with Atlanta Recycles, the Georgia Recycling Coalition, and is on the Build Reuse National Board of Directors. She resides in Stone Mountain, GA with her husband Al of 30+ years and has two daughters.

This virtual talk will be streamed via Zoom - Register here.