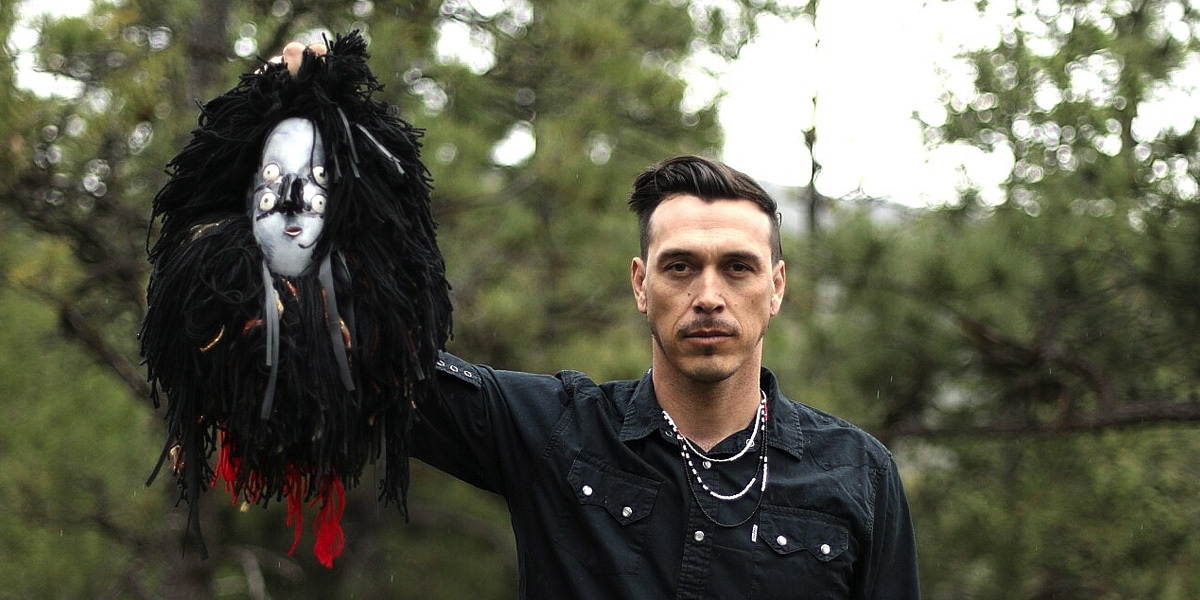 Atlanta Contemporary is pleased to host the Flux Exchange program from Flux Projects. The Flux Exchange is an exploratory incubator series that invites artists to explore the city of Atlanta as a site for a future large-scale public project. Visiting artists engage with local artists and cultural contributors, research the physical and cultural landscape of the city, and execute a public program. This installment features Cannupa Hanska Luger, a multi-disciplinary artist from New Mexico who interweaves performance and political action to tell stories about 21st century Indigeneity.

Cannupa Hanska Luger is a New Mexico-based, multi-disciplinary artist. Raised on the Standing Rock Reservation in North Dakota, he is of Mandan, Hidatsa, Arikara, Lakota, Austrian, and Norwegian descent. Using social collaboration and in response to timely and site-specific issues, Luger produces multi-pronged projects that take many forms. Through monumental installations that incorporate ceramics, video, sound, fiber, steel, and cut-paper, Luger interweaves performance and political action to communicate stories about 21st century Indigeneity. This work provokes diverse publics to engage with Indigenous peoples and values apart from the lens of colonial social structuring and oftentimes presents a call to action to protect land from capitalist exploits.

Recent, notable works include The MMIWQT Bead Project (2018), a social collaboration resulting in the monumental sculptural installation Every One, composed of over 4000 individual handmade clay beads created by hundreds of communities across the U.S. and Canada to re-humanize the data of missing and murdered Indigenous women, girls, queer and trans community members; and The Mirror Shield Project (2016), a social engagement work which invited the public to create mirrored shields for water protectors at Standing Rock and which has since been formatted and used in various resistance movements across the nation.

Luger has exhibited internationally including venues such as Nathan Cummings Foundation, Washington Project for the Arts, Art Mûr in Montreal, Museum of Northern Arizona, Orenda Gallery in Paris, Autry Museum of the American West, and the National Center for Civil and Human Rights in Atlanta, among others. He lectures and participates in residencies around the globe and his work has been collected internationally. Luger holds a BFA in studio arts from the Institute of American Indian Arts and was a 2016 Native Arts & Cultures Foundation National Artist Fellow.

Della Warrior, Director of The Museum of Indian Arts & Culture stated that “Cannupa Hanska Luger is doing important and vital work, which combines cultural analysis with dedication and respect for human beings, diverse materials, environments and communities with which he engages.”, and The Native Arts and Cultures Foundation noted that “Luger could well rise to be one of those artists whose caliber is unmatched and whose work will be studied by students to come, thus furthering the path for many more contemporary Native artists.”

Flux Projects engages Atlanta’s public spaces with thought-provoking art that changes the way people experience the city and think about our community.