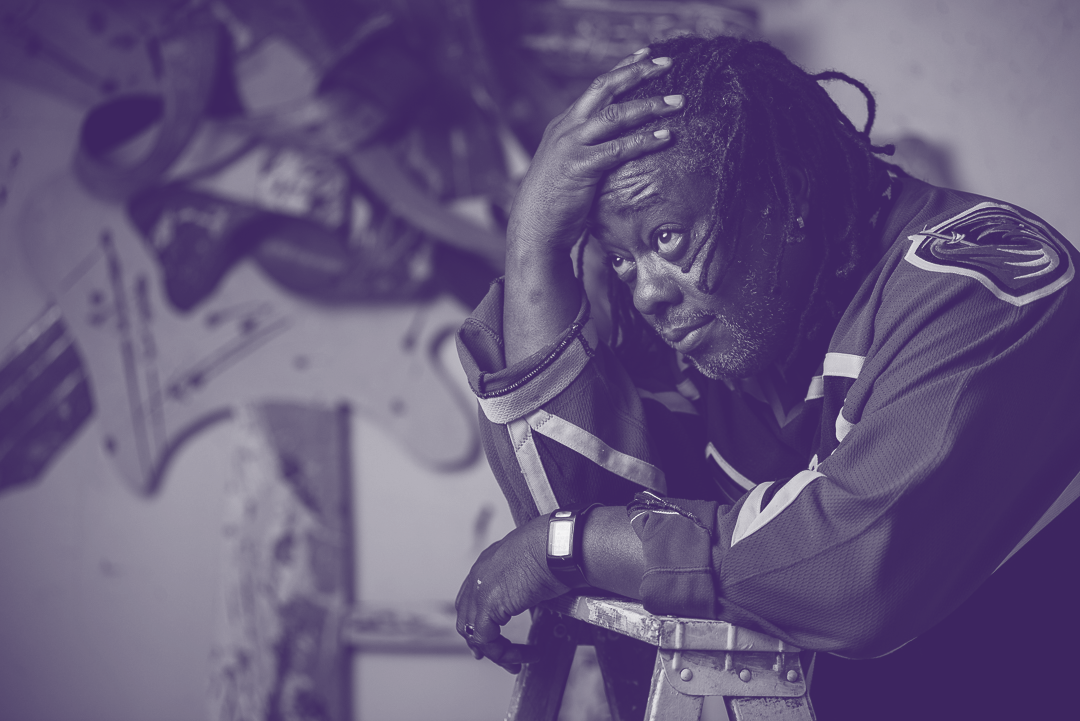 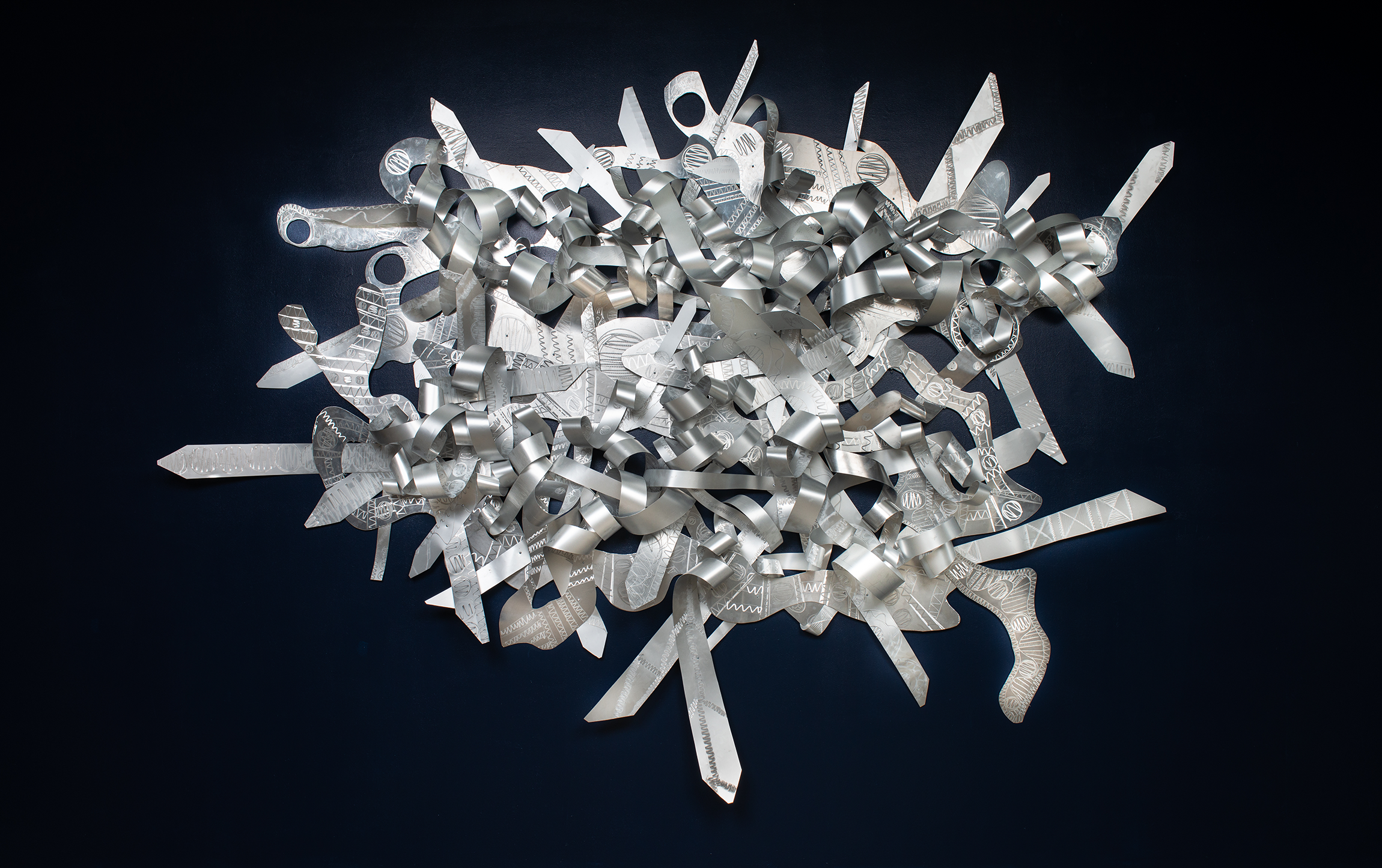 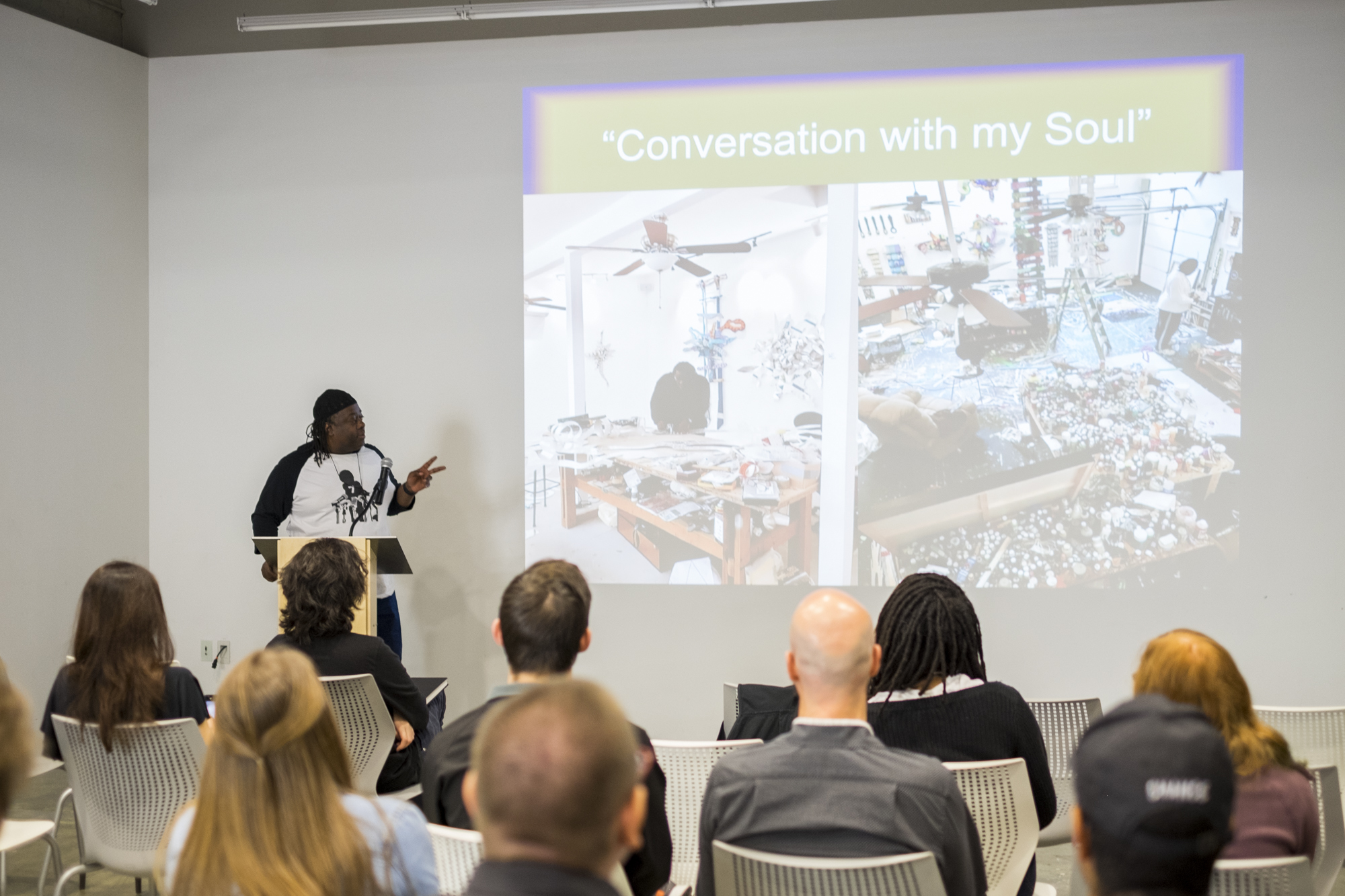 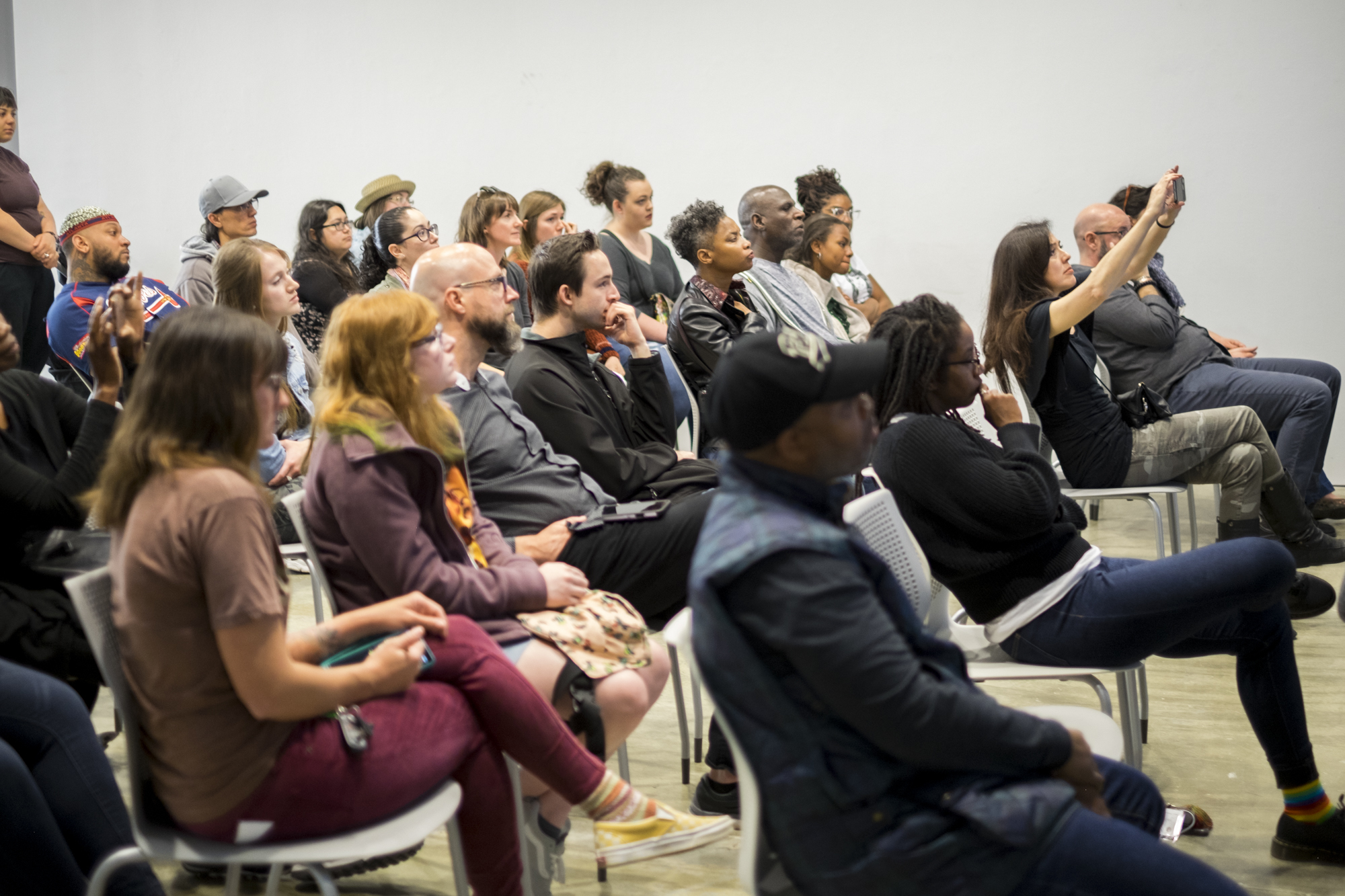 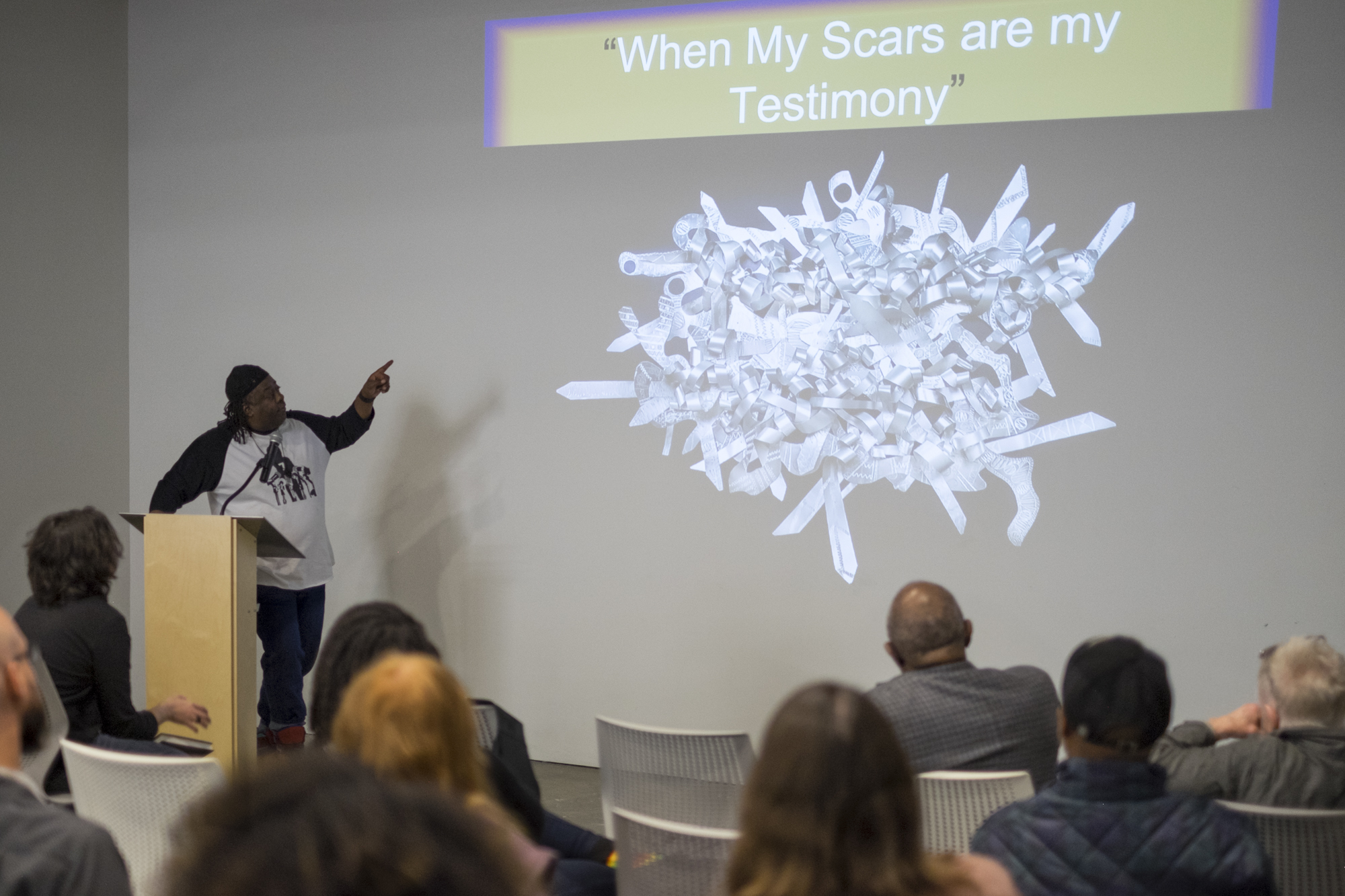 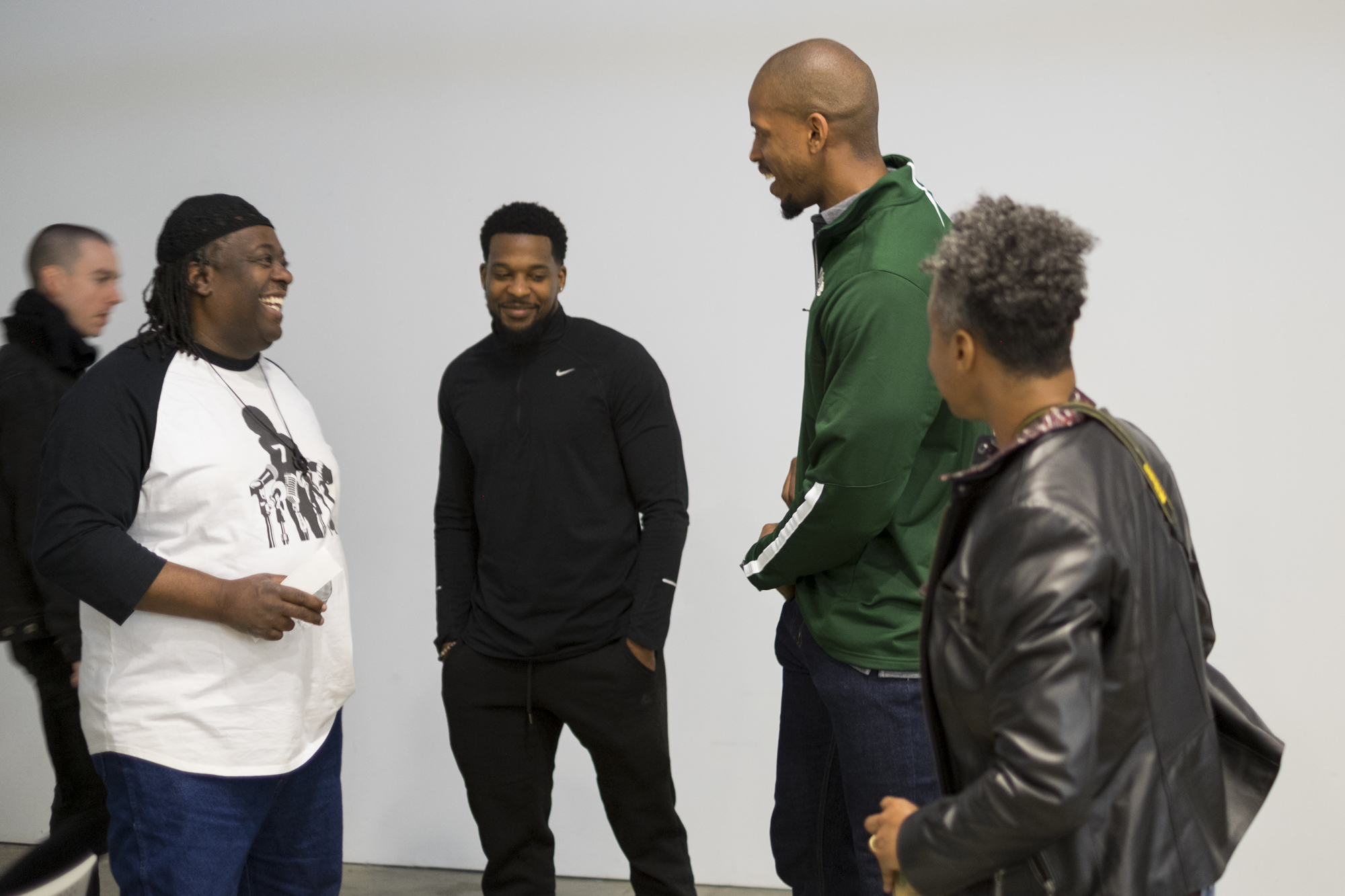 Join artist Kevin Cole for a talk on his piece When My Scars are my Testimony, currently on view on our Atrium Mural Wall until July 28, 2019.

This is a FREE event- Skip sign in at the front desk! All you need to do is RSVP with the link above or click here.

Kevin Cole received his B.S. from the University of Arkansas at Pine Bluff, an M.A. in art education from the University of Illinois at Urbana, and an M.F.A. from Northern Illinois University. Within the last 32 years, he has received 27 grants and fellowships, 65 awards in art, 51 teaching awards. and over 35 public art commissions. His artwork has been featured in more than 470 exhibitions throughout the United States and abroad. Cole’s artwork is included in more than 3500 public, private and corporate collections throughout the United States. Public collections include the new National Museum of African American History and Culture at the Smithsonian Museum in Washington DC, The Georgia Museum, Athens, GA, High Museum of Art, Atlanta, GA.; William Jefferson Clinton Library, Little Rock, Ark.; Arkansas Art Center, Little Rock, Ark.; Yale University Art Gallery, New Haven, Conn.; The Ogden Museum of Southern Art, New Orleans, La.; The David C Driskell Center University of Maryland at College Park; Dayton Institute of Art, Dayton, Ohio; Pennsylvania Academy of Fine Art, Philadelphia, Pa.; The Georgia Museum of Contemporary Art, Atlanta, Ga.; Corcoran Museum in Washington, D.C. and the Tampa Museum in Tampa, Fla. Corporate collections include Bank of America, Charlotte, N.C.; IBM, N.Y. and King and Spaulding Law Firm, Atlanta, Ga. Cole has also created more than 45 public art works, including the Coca-Cola Centennial Olympic Mural for the 1996 Olympic Games.

Contemporary Talks connects audiences with some of the most influential national thinkers and doers in art and culture working today.

Atlanta Contemporary proudly announces our inclusion in The Andy Warhol Foundation for the Visual Arts expansion of its Regional Re-granting Program.

Join us as we spotlight our studio artists, see their work firsthand, and support local working artists in Atlanta.

For your safety and ours, all guests and Members must have a timed ticket or reservation. Go HERE to register for your FREE, timed ticket.

The Nexus Fund: Emergency Relief will give $1,000 to support 60 self-identifying visual artists. Learn more and see how to apply here.