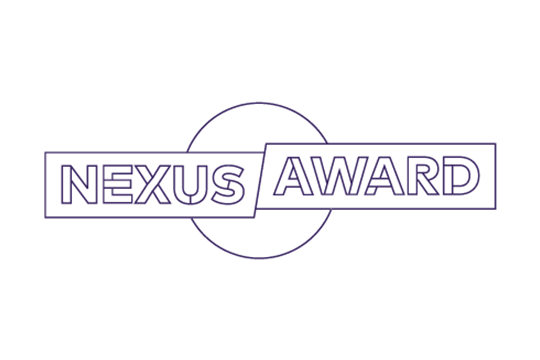 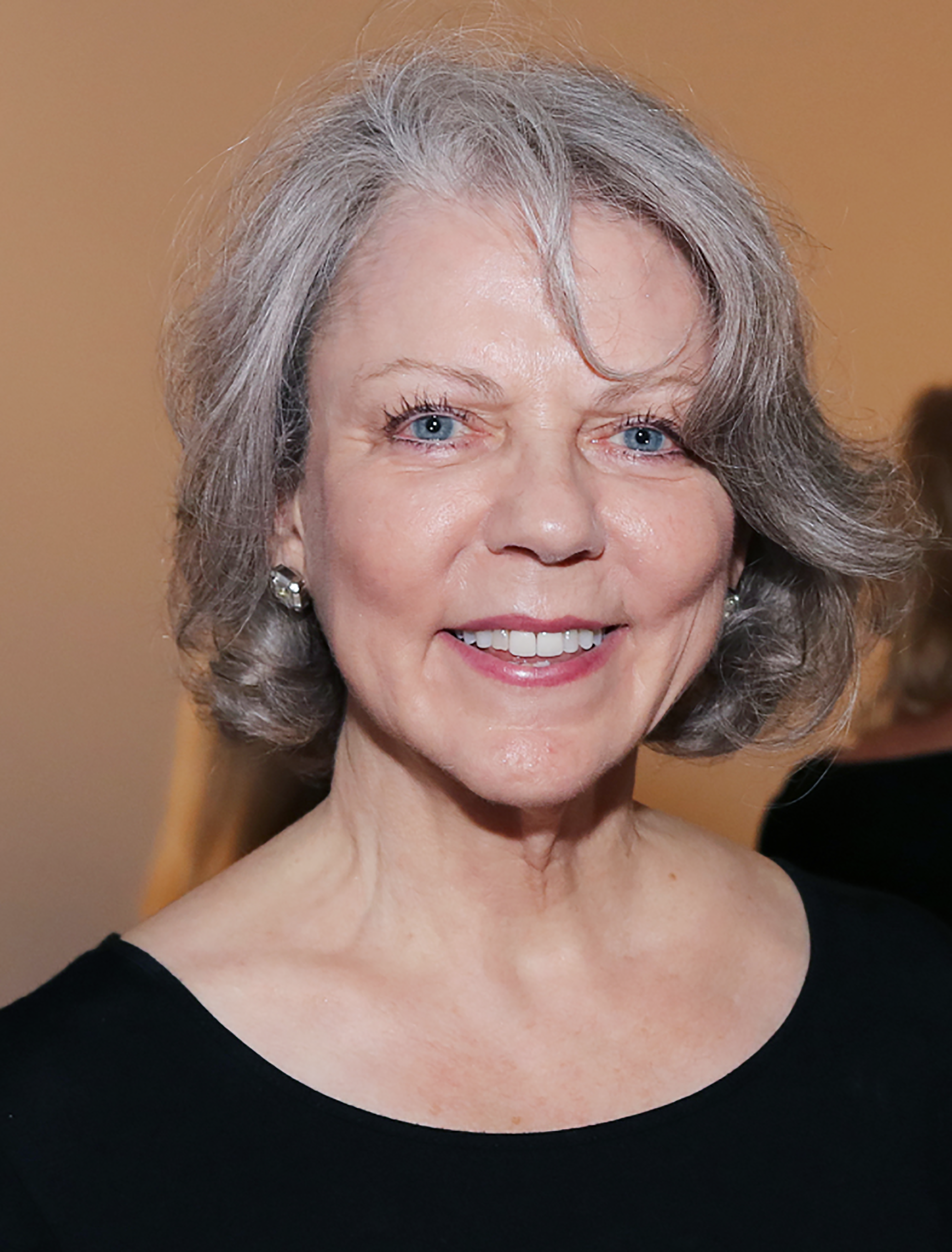 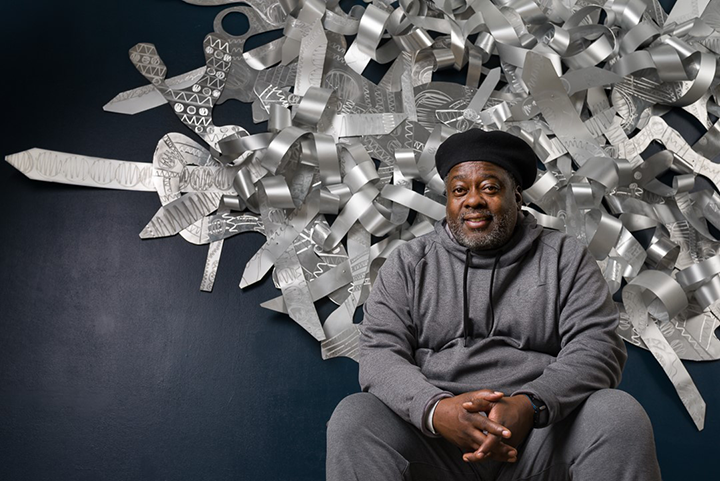 The Nexus Award is a public acknowledgment of individuals, groups, or organizations that have made significant contributions to the contemporary arts landscape and celebrates local leaders who are instrumental in making Atlanta an exceptionally vibrant arts community.

“Annette Cone Skelton founded The Museum of Contemporary Art of Georgia (MOCA GA) in 2000 to highlight, exhibit, and acquire Georgia artists. Her unique skills – combined with her talent as an artist – are evidenced in her abilities as an arts administrator, fundraiser and curator of exhibitions and programming. Additionally, her conception of the annual Working Artist Project which supports established visual artists of merit residing in the metro Atlanta area, provides unparalleled support for individual artists,” states Lucinda Bunnen, 2013 Nexus Award recipient. “Annette’s legacy and 20-year tenure is further affirmed by MOCA GA’s announcement to relocate to the Goat Farm where a new, gorgeous building designed by Mack Scogin Merrill Elam Architects will further promote its mission to archive, collect, and exhibit important works by Georgia artists.”

Larry Walker, 2016 Nexus Award recipient, states “Kevin Cole’s artistic works as well as his teaching profile are equally outstanding. His studio productivity, his commitment to nurturing the development of young artists as well as collectors, and his overall involvement in the creative life of the community place him among the most artistically productive individuals I have ever encountered. His work is in numerous public and private collections in the Atlanta area as well as in Washington, D.C., Philadelphia, Arkansas and elsewhere throughout the U.S.A.”

“Both Annette and Kevin are deserving of the Nexus Award due to their profound contributions to the Atlanta arts community,” says Veronica Kessenich, executive director of Atlanta Contemporary. “By honoring these two remarkable individuals, we acknowledge the significant role that education plays in contemporary art. Annette’s role as Director of MOCA GA, advocates for the artists who live and work in Georgia. Kevin, and a respected artists and instructor propelled the careers of so many young artists. Their work ensures Atlanta is recognized as a city that champions contemporary art.”

To date, the Nexus Award has recognized ten outstanding awardees:

Annette Cone-Skelton is the Co-Founder/President/CEO/Founding Director of The Museum of Contemporary Art of Georgia (MOCA GA). Ms. Cone-Skelton has over thirty years of experience as an exhibiting artist, fine arts instructor, curator, editor, owner of a fine arts advisory firm and visual arts museum director. She holds a B.F.A. from the Atlanta College of Art, and is included in LaGrange College’s “2006-2007 Wall of Outstanding Alumni.” On October 16th, Cone-Skelton will be honored as a recipient of the 2012 Governor’s Awards for the Arts & Humanities. The Governor’s Awards pay tribute to the most distinguished citizens and organizations that have demonstrated a lifetime commitment to work in these fields. Cone-Skelton was named “2012 Museum Educator of the Year,” by the Georgia Arts Education Association. This award recognizes exemplary contributions, service and achievement in the field of art education. She also was recently awarded “Artist that Inspires” by the Fulton County Arts Council in Atlanta. Cone-Skelton’s work recently has been added to the permanent collection at the National Women’s Museum of Art in Washington, D.C. Her work was featured in the 2003 edition of New American Painting, and in 1998, she was awarded Creative Loafing’s “Critic’s Choice for Best Visual Artist in Atlanta.” Cone-Skelton’s work is held in museum collections such as the High Museum of Art and the Michael C. Carlos Museum at Emory University, both in Atlanta; the J.B. Speed Museum, Louisville, Kentucky; the Museum of Fine Arts, Houston, Texas; the Baltimore Museum of Art, Baltimore, Maryland; the Birmingham Museum of Art, Birmingham, Alabama; the Herbert F. Johnson Museum at Cornell University and MOCA GA. She currently is the President Elect for the Board of Directors of the International Women’s Forum, Georgia. Previously she has served on the boards of the Metropolitan Atlanta Arts and Culture Coalition (MAACC), Leadership Cabinet of the Arts Leadership League of Georgia (ALL-GA), Atlanta College of Art, Art Papers, The Contemporary, the Contemporary Art Society of the High Museum of Art, and the Hambidge Center for Arts and Sciences.

Kevin Cole received his B.S. from the University of Arkansas at Pine Bluff, an M.A. in art education from the University of Illinois at Urbana, and an M.F.A. from Northern Illinois University. Within the last 32 years, he has received 27 grants and fellowships, 65 awards in art, 51 teaching awards. and over 35 public art commissions. His artwork has been featured in more than 470 exhibitions throughout the United States and abroad. Cole’s artwork is included in more than 3500 public, private and corporate collections throughout the United States. Public collections include the new National Museum of African American History and Culture at the Smithsonian Museum in Washington DC, The Georgia Museum, Athens, GA, High Museum of Art, Atlanta, GA.; William Jefferson Clinton Library, Little Rock, Ark.; Arkansas Art Center, Little Rock, Ark.; Yale University Art Gallery, New Haven, Conn.; The Ogden Museum of Southern Art, New Orleans, La.; The David C Driskell Center University of Maryland at College Park; Dayton Institute of Art, Dayton, Ohio; Pennsylvania Academy of Fine Art, Philadelphia, Pa.; The Georgia Museum of Contemporary Art, Atlanta, Ga.; Corcoran Museum in Washington, D.C. and the Tampa Museum in Tampa, Fla. Corporate collections include Bank of America, Charlotte, N.C.; IBM, N.Y. and King and Spaulding Law Firm, Atlanta, Ga. Cole has also created more than 45 public art works, including the Coca-Cola Centennial Olympic Mural for the 1996 Olympic Games.

The annual Nexus Award is a public acknowledgment of those who have made significant contributions to the contemporary arts landscape of Atlanta.