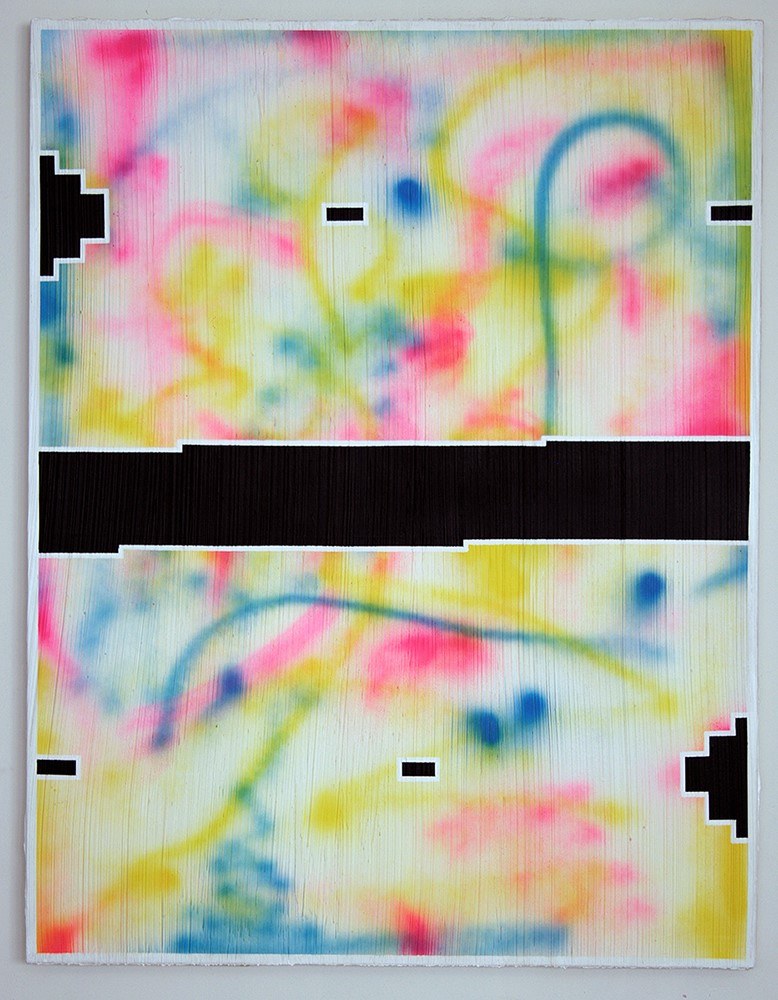 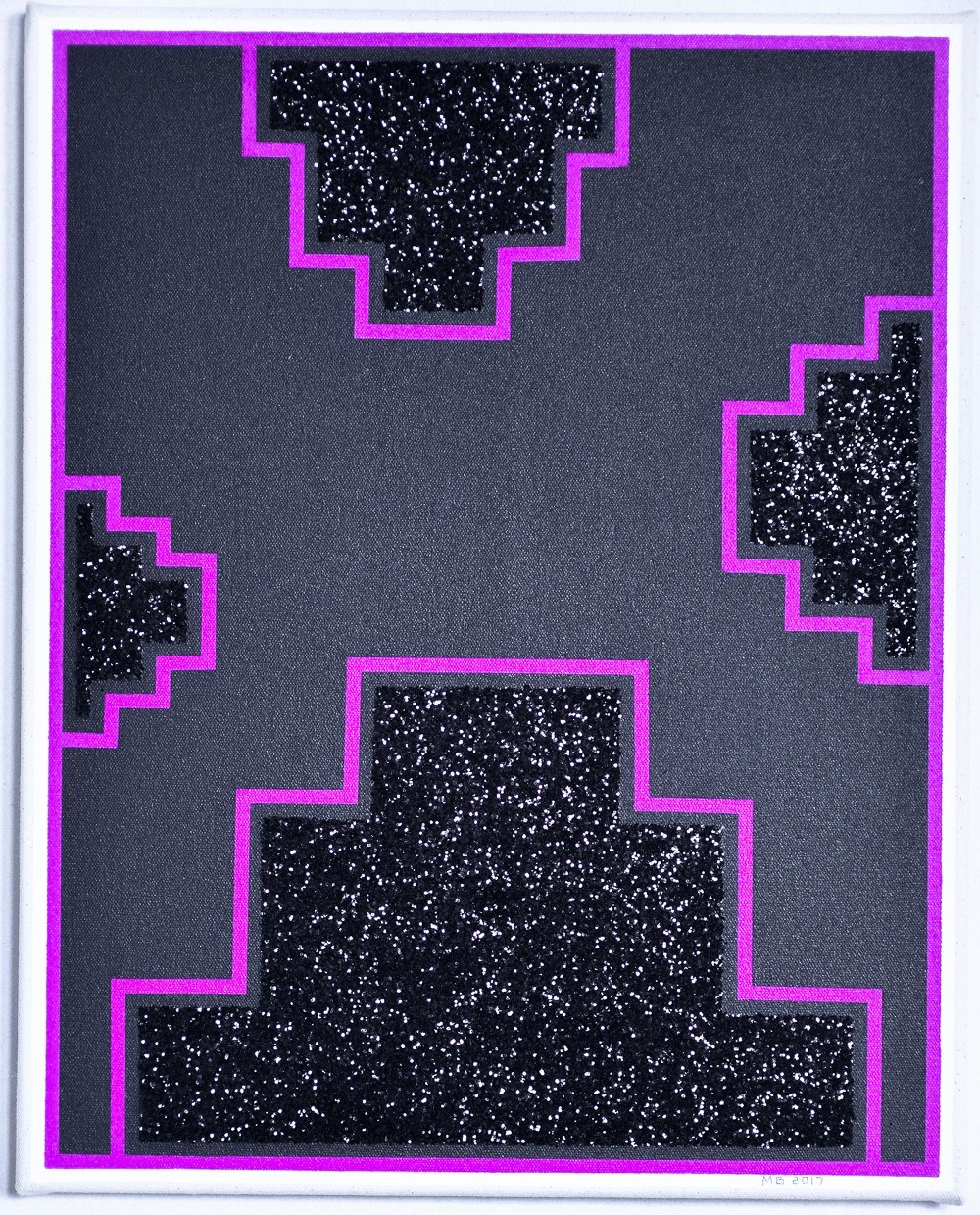 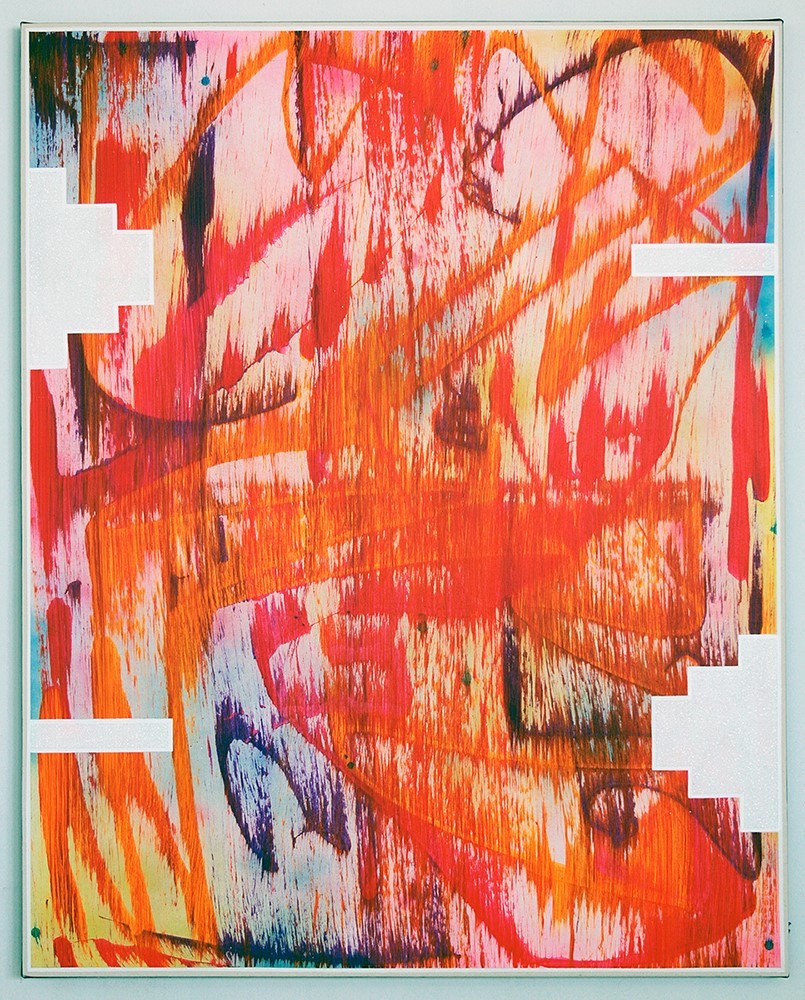 Brotherton’s Killskreen paintings use the cast-off shapes and spaces from `80s video games as points of depar- ture into abstraction. 8-bit players who were good could blast though enough levels to exceed the arcade game’s memory, resulting in a frozen, glitched “kill screen.” This tableau, so charged, becomes the zone for Brotherton to push the limits of oil and acrylic paint, glitter and terrycloth.

These paintings present viewers with images as bright and playful as video games. But the contrasting geometries and varying textures, the hybrid of analog and digital gestures, and the remixed artifacts of a virtual past allow us to pause our game and take a look around.

Brotherton regularly exhibits his work in solo and group exhibitions, museums, art centers, and art fairs, nationally and locally. He has been reviewed in many newspapers and magazines such as The New York Times, Creative Loafing, The Albuquerque Journal, Burnaway, ArtsAtl, dArt International Magazine, NY Arts Magazine, and Flash Art Magazine. Brotherton received his MFA in painting and drawing from the City University of New York at Brooklyn College, and his BFA from the University of New Mexico. He currently lives and works in Atlanta, GA., and is represented by Causey Contemporary Fine Art in New York City.